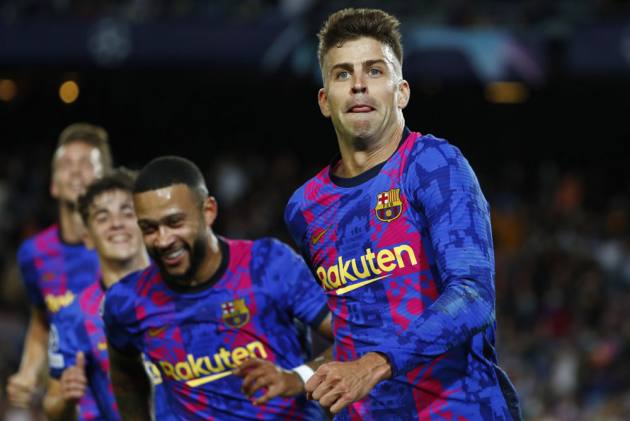 Barcelona have won two in a row in all competitions for the first time this season after a slow start without Messi. They can move closer to the top in La Liga with a win at Camp Nou Stadium.

Ronald Koeman's side started the week beating Valencia 3-1 in the league. They followed that by beating Dynamo Kyiv 1-0 in the Champions League, which boosted Barcelona's chances of avoiding elimination from the group stage for the first time in 20 years.

Barcelona will be hoping Sunday's match against their fiercest rival can pull in more than the 45,000 spectators who only half-filled the 99,000-seat Camp Nou against Dynamo.

Carlo Ancelotti's Madrid return to Barcelona on the heels of a much-needed 5-0 victory at Shakhtar Donetsk in the Champions League. Madrid's big win followed two upsets: A shock loss to Moldavian side Sheriff at home and a defeat at Barcelona-based Espanyol in the Liga.

Barcelona enter the round in eighth place but just two points behind fourth-placed Madrid.

The Spanish giants have met each other in 246 competitive matches, with Real Madrid leading the head-to-head record 98-96. 52 matches have ended in draws.

Lionel Messi remains the top scorer in El Clasico with 26 goals, ahead of Alfredo Di Stefano (18) and Cristiano Ronaldo (18).

Messi and Sergio Ramos have the most appearances - 45 each.