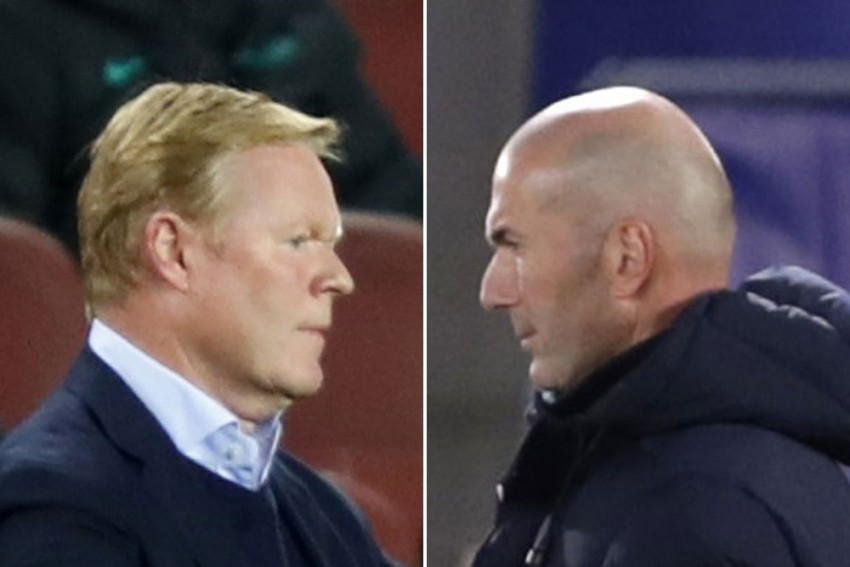 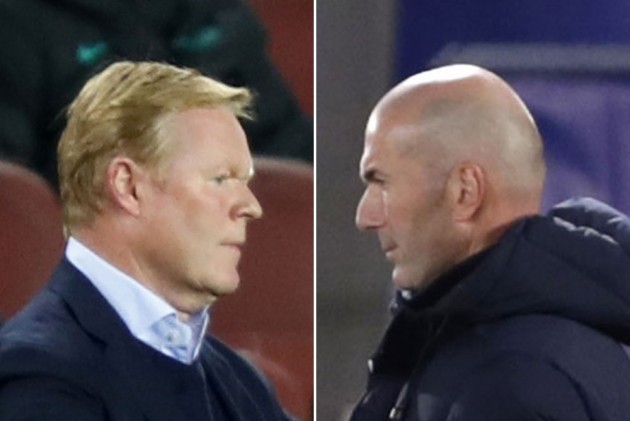 Days after suffering humbling defeats to a promoted club in La Liga and a Ukrainian side playing with reserves in the UEFA Champions League, Real Madrid face eternal rivals Barcelona in the first El Clasico of the season. Interestingly, this is also Barca's first Clasico under new coach Ronald Koeman. (More Football News)

Even though Barcelona are undergoing a rebuilding process after it ended last season without a trophy, Madrid comes to the clash with even more doubts.

Zinedine Zidane's Los Blancos have been outplayed at home by promoted Cadiz and Donetsk Shakhtar that was without several starters due to a coronavirus outbreak among the squad.

On the contrary, Barcelona come to the classic on the heels of routing Hungarian side Ferencvaros 5-1 in the Champions League. But there are fault lines.

Lionel Messi wanted to leave the club but stayed, then his good friend and striking partner Luis Suarez was forced to leave for Atletico Madrid as the transfer saga turned from one star to another. Then, then are unresolved Antoine Griezmann issues.

Koeman started his Barca reign with back-to-back wins against Villarreal (4-0) and Celta Vigo (3-0), but were held to a 1-1 draw by Sevilla before suffering a shock defeat against Getafe, hours after Madrid go down to Cadiz.

For Madrid, in both the losses, the most successful club in Spain, and in the world were sluggish and disorganized in defense. Against Shakhtar, Madrid backline fell apart without Sergio Ramos, who was resting after hurting his left knee against Cadiz. But Madrid are hoping to have their mercurial captain back for the Barcelona clash.

Barcelona's attack of Messi and Philippe Coutinho and the young legs of Ansu Fati, Francisco Trincao and Ousmane Dembele will have taken notice.

Historically, Madrid were the dominant side. But over the years, Barca have caught up with Madrid. In the previous 278 meetings, including friendlies, the head-to-head record is 96-96, with 52 draws. But in La Liga, Madrid lead 73-72 in 181 meetings with 36 draws.

In their last meeting, Madrid won 2-0 at home after playing out a goalless draw in the reverse fixture. Madrid then went onto win the league title after the COVID-29 hiatus. But recent record favours the Catalans, who losing just one of their last eight meetings with Madrid.