Barcelona will need time to adjust once Lionel Messi leaves the club, according to Pep Guardiola. 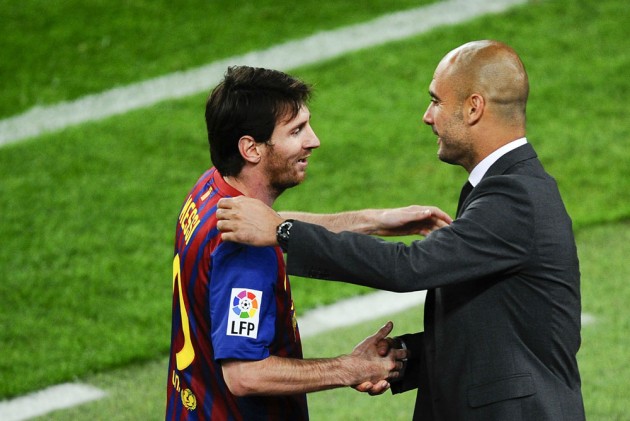 Ronaldo left Madrid for Juventus in July 2018 and the Spanish giants battled that season, winning only the Club World Cup and seeing three different coaches at the helm, including the return of Zinedine Zidane.

"It is inevitable, these players are so transcendent," he told Post United in an interview conducted by Spanish YouTuber DjMariio, via Marca.

"When Messi leaves Barca it will take time to readjust. It is inevitable.

Guardiola has continued to enjoy coaching success since leaving Barcelona, a spell at Bayern Munich preceding his move to Manchester.

Already a two-time Premier League winner, Guardiola has another young star in his squad in highly rated midfielder Phil Foden.

Foden has only made two Premier League starts this season, but Guardiola talked up the 19-year-old's talent.

"There are no clauses here, you have it raw, you have to negotiate with me."