BGMI Launch Date: What Is Battlegrounds Mobile India, How To Pre-register For New PUBG Avatar

Battlegrounds Mobile India is expected to launch by the third week of June. Here's everything you need to know about PUBG's India avatar - from minimum requirements to pre-registration 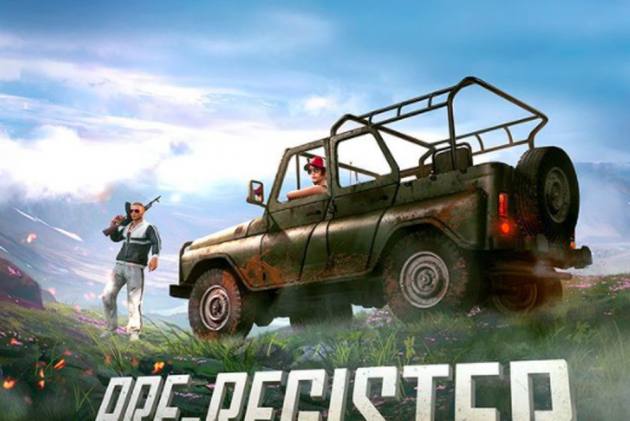 The remodelled PUBG version for the Indian market, Battlegrounds Mobile India (BGMI), has got an overwhelming response even before its launch. Krafton, the South Korean developer, behind the game on Thursday revealed that pre-registrations in India cross 20 million in just two days.  (More Sports News)

Shivam Rao, co-founder and COO of Trinity Gaming, said: "This comes with no surprise as Indian esports lovers were eagerly waiting for it. The highly anticipated game is welcomed by the esports gaming fraternity, as they seek to enjoy a similar rush again. This opens a whole new possibility for our gaming content creators who will be able to engage and entertain their followers as Battlegrounds Mobile India tends to have a dedicated following base.

What is Battlegrounds Mobile India?

Battlegrounds Mobile India was announced on May 6 by Krafton as its dedicated game for the Indian market. The new battle royale game is touted to bring a premium, AAA multiplayer gaming experience along with exclusive in-game events such as outfits and features.)

In September last year, the government blocked 118 mobile applications, including PUBG, terming them prejudicial to the sovereignty, integrity and defence of the nation. Following the ban, PUBG Corporation -- a subsidiary of Krafton -- had said China's Tencent Games would no longer be authorised to distribute the PUBG MOBILE franchise in India.

When is the launch date?

Tarun Gupta, Founder, Ultimate Battle, on Thursday said that the launch of Battlegrounds Mobile India is expected to happen by the third week of June. Forecasting more than 50 million users in the first quarter of its launch, he said that " the cult for this enormous success came as it's the favourite game of Indian gamers which is making a much-awaited coming back. The game is surely going to revolutionise the Indian gaming and esports scene, it's simply history in making to fuel the Indian esports ecosystem."

Earlier, it was rumoured that the game would be launched on June 10 with fans sharing one fascinating theory. It spawned from the fact that Krafton shared a teaser, with a helmet shadow that looks like a solar eclipse. "Dropping soon on devices near you! What are the items that you miss the most from air drops?" Battlegrounds Mobile India tweeted. And the first solar eclipse of 2021 will be visible on June 10.

Then there was another one, with a helmet overlapping with the sun, just like a solar eclipse.

We're just as excited as you are! BATTLEGROUNDS MOBILE INDIA is all set to take over! #BATTLEGROUNDSMOBILEINDIA #COMINGSOON #INDIAKABATTLEGROUNDS pic.twitter.com/7cu3uarC8p

But with a reliable voice hinting at a later launch, June 10 release is unlikely.

Also, famous PUBG Mobile content creator Maxtern, in a tweet, shared a binary code [18062021] as if hinting at the launch date.

What will be the size of Battlegrounds Mobile India?

The size of Battlegrounds Mobile India is likely to vary from 660 MB to 750 MB, plus some bytes for resource packs.

What are the minimum requirements?

According to Google Play Store. the recommended device requirements for Battlegrounds Mobile India are: Android 5.1.1 or above, and at least 2 GB RAM memory.

Here is the link to Google Play Store for registration. After successful pre-registration, users will get a recon mask, recon outfit, celebration expert title and 300 AG.

Under Age And Parental Guide

Players under 18 in India will need to get express consent from parents or guardians to play the game. “When you play our game we do not knowingly collect, use or share any personal information for those who are under 18 years of age without verifiable parental consent or as permitted by law,” Krafton said. “If you are a parent or guardian and you can trust on Krafton, that your child with under 18 years of age who provided us with personal information. Their information will not be shared with anyone without your consent. When you feel that you wanted to delete information from the servers you can contact Krafton and request your child’s information to be deleted from our system."