As many as six Bayern Munich stars found their names on the scoresheet with Leroy Sane scoring a brace in the rout. 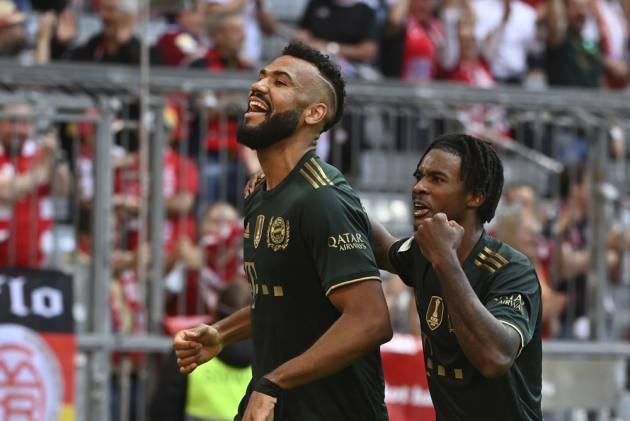 German giants Bayern Munich continued from where they left off in Barcelona by thrashing promoted VfL Bochum 7-0 in a Bundesliga match at Allianz Arena on Saturday. (More Football News)

Taking the field after their midweek visit to Spain, where they humbled La Liga giants Barcelona 3-0 in a UEFA Champions League, Group E match, Julian Nagelsmann men produced yet another clinical display.

As many as six Bayern stars found their names on the scoresheet even as Bochum's Vasilis Lampropoulus scored an own goal just before the break. By then the contest was over with the defending champions leading 4-0.

Leroy Sane opened the scoring in the 17th minute, followed by strikes from Joshua Kimimich (27') and Serge Gnabry (32').

The clubs met in the Bundesliga 45 years ago to the day, when Bochum – then playing at home – were four goals up against Bayern at halftime. Bayern fought back in the second half to win 6-5 with future club president Uli Hoeness scoring the winner in the 89th.

After the break, Robert Lewandowski made it 5-0 at the hour-mark, thus making history. The Poland striker has extended his club-record scoring run, scoring in every game since February 15.

Kimmich found another one in the 65th minute before substitute Eric Maxim Choupo-Moting completed the rout in the 79th minute.

The win helped the Bavarians overtake pace-setter Wolfsburg at the top of the table with 13 points from five matches (four wins and a draw). Wolfsburg, having won their four matches so far, host winless Eintracht Frankfurt on Sunday.

Elsewhere, Hertha Berlin beat another promoted side, Greuther Furth 2-1 at home to register back-to-win. Hosts Augsburg fought hard to beat Borussia Monchengladbach for their first win of the season.

Arminia however shared the spoils with visiting Hoffenheim. Main's home fixture against SC Freiburg also ended in a goalless draw.