Hansi Flick spoke to the media after Bayern Munich's defeat at home to Paris Saint-Germain on Wednesday. 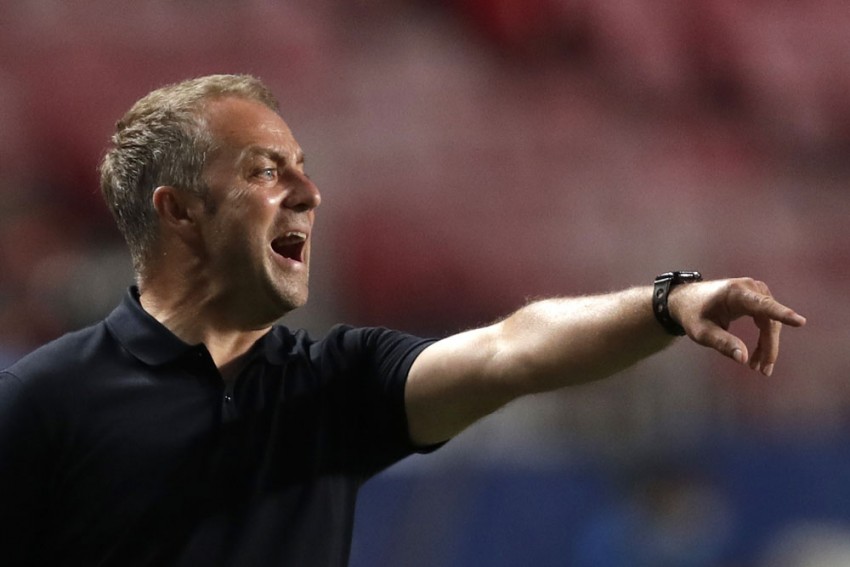 PSG left snowy Bavaria with a 3-2 advantage over Bayern thanks to Kylian Mbappe's memorable brace on Wednesday.

In a rematch of last season's Champions League final, Bayern had 31 attempts – 12 of which were on target – to PSG's six but they still came up short in the absence of injured star Robert Lewandowski.

Mbappe opened the scoring in the third minute and Marquinhos doubled the lead 25 minutes later, but Bayern rallied from 2-0 down thanks to Eric Maxim Choupo-Moting and Thomas Muller – who equalised on the hour-mark.

PSG, though, had the final say after Mbappe restored the visitors' lead eight minutes later as Bayern had their 19-match unbeaten streak in the Champions League snapped.

"The defeat was very unlucky for us," Flick told reporters post-game. "Paris were very efficient.

"We were dominating and had 31 shots. But I have to give a compliment to my team for their motivation and their mentality. We were not that efficient when we tried to use our chances.

"But I already told my team – we still have one game in Paris. We will do everything to turn this around into a positive result.

"It's still our goal to reach the semi-final. The result from today does not change that."

Beaten at home. We'll need a big performance in Paris.

Bayern's Joshua Kimmich created 10 chances against PSG, the most by a player in a single Champions League match at the quarter-final stage or later since Mesut Ozil (12) for Real Madrid against Tottenham in April 2011.

As for team-mate Muller, he has now scored 24 goals in the knockout stages of the competition – the fourth-most of any player, behind Cristiano Ronaldo (67), Lionel Messi (49) and Lewandowski (26).

Flick, meanwhile, is set to be without key duo Niklas Sule and Leon Goretzka after they both hobbled off against PSG.

"I don't know how long they will be out. The examination will tell us. I don't think they will play at the weekend and then we will see."