Bayern Munich Vs Lazio Live Streaming: When And Where To Watch UEFA Champions League Match 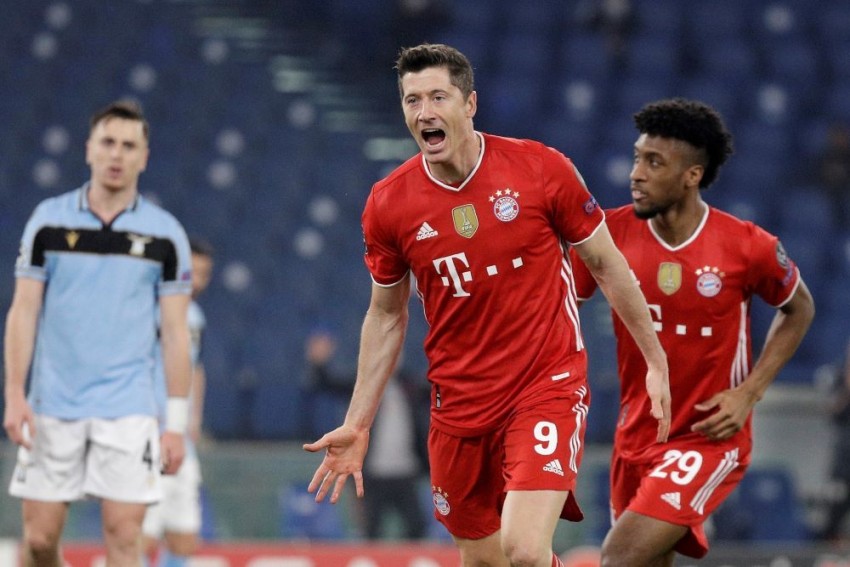 Robert Lewandowski broke some more records as he helped Bayern Munich to a convincing 4-1 win against Lazio in the last-16 first leg in UEFA Champions League. (More Football News)

Lewandowski  is now outright third on the list of all-time Champions League goalscorers.

Bayern  eased to victory at the Stadio Olimpico, scoring three of their four goals in the first half.

Jamal Musiala and Leroy Sane put the holders in complete control after prolific striker Lewandowski had opened the scoring with his 72nd goal in the competition, moving him behind only Cristiano Ronaldo (134) and Lionel Messi (119).

Due to the absence of the likes of Muller, Douglas Costa and Serge Gnabry, Flick handed Musiala - aged 17 years and 363 days - just his second Champions League start.