Bayern Munich Vs Mainz 05 Live Streaming: When And Where To Watch Bundesliga Match

German and European champions Bayern Munich return to action as they take on Mainz 05 in a Bundesliga match. Check match and telecast details 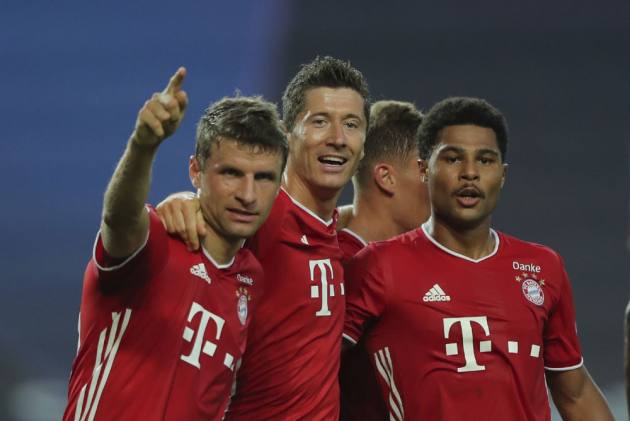 After a very quick winter break, champions Bayern Munich will aim to reclaim the Bundesliga lead with a win at home over lowly Mainz 05. Despite injury concerns, Hansi Flick's side are the overwhelming favourites against the relegation-threatened Mainz. (More Football News)

Bayern currently sit second, behind RB Leipzig (31 points from 14 matches), with 30 points an have a game in hand, and Mainz are 17th in the 18-team league with six points from 13 outings. Mainz have only one win from their opening 13 league games, while Bayern have only one loss. That's how one would like to see the prospects.

Besides the awful run, Mainz are also amid boardroom turmoil. Rouven Schröder quit as the sporting director when he heard the club was talking to his predecessor Christian Heidel about a return. Heidel has since returned to the board of directors, while former coach Martin Schmidt has returned to take the vacant sporting director position. The club also fired Jan-Moritz Lichte as coach and appointed former youth coach Jan Siewert on an interim basis.

For the Bavarians, it's all fine, except some niggles, including Kingsley Coman, who picked up a foot injury during their match against Bayer Leverkusen in December.

Head-to-head: They have met 31 times so far with Bayern winning 24 of those matches. Mainz have won four times. In their previous meeting, Bayern beat Mainz 3-1. And Mainz's last win against Bayern came in 2016, a 2-1 victory in Munich.

All you need to know about the Bayern Munich vs Mainz 05 match:

Live Streaming: Online streaming will be available on FanCode.