This was the fourth meeting between Syndey Sixers and Perth Scorchers in the Big Bash League final. Finals head-to-head record now stands 2-2 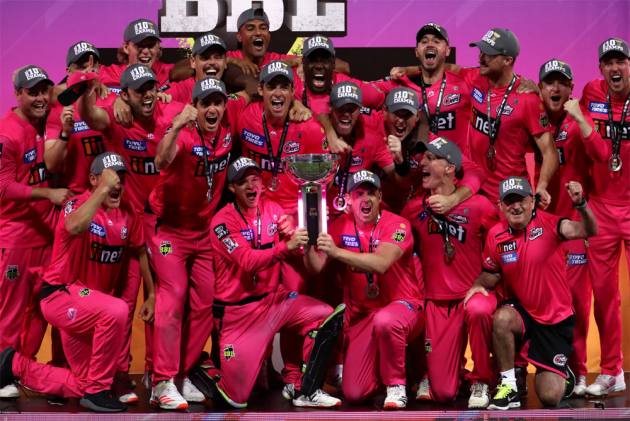 England opener James Vince hit 95 to power Moises Henriques's side to 188/6 after Scorchers asked Sixers to bat first at the Sydney Cricket Ground. Daniel Christian was the highest scorer for the 'hosts' with a 14-ball 20.

Vince, who opened with Josh Philippe (9 off 8), hit 10 fours and three sixes during his 60-ball knock. Needing a hit to reach hundred, Vince was caught at backward point in the 16th over off Fawad Ahmed. In the Qualifier, he had hit an unbeaten 98 to guide the eventual champions to their fifth final.

For Scorchers, Jhye Richardson and Andrew Tye took a brace each.

The chase started on a good note with Cameron Bancroft (30 off 19) and Liam Livingstone (45 off 35) stitching a 45-run opening stand inside the fifth over. But Scorchers lost two wickets, those of Bancroft and Colin Munro (2 off 4) to Jackson Bird and Sean Abbott respectively, to concede the ground.

Then Ben Dwarshuis claimed the wickets of Josh Inglis (22) and Mitchell Marsh (11) in the 15th over to put Sixers on top. Dwarshuis returned to claim the wicket of dangerous-looking Aaron Hardie, who hit 26 off 13 balls, in the penultimate over.

Bird, Abbott and Christian took two wickets each as Sixers restricted Scorchers to 161/9 for a 27-run victory.

Sixers and Scorchers were the two top teams in the league stage, finishing first and second after 14 matches each with 36 and 32 points respectively.

In the Qualifier, Sixers beat Scorchers by nine wickets with Vince hitting 98 not out off 53 balls. Scorchers then beat Knockout winners Brisbane Heat by 49 runs (DLS) in the Challenger. But they came short again against the Sixers.

For the record, Sixers won the inaugural edition of Australia's T20 league by defeating Scorchers in 2012. This was the fourth meeting between the two teams in the final, and the head-to-head record stands 2-2. Scorchers have won the title in 2014, 2015 and 2017.