It is a foregone conclusion that Dravid, who is currently heading the NCA, is set to take over unless something miraculous happens. 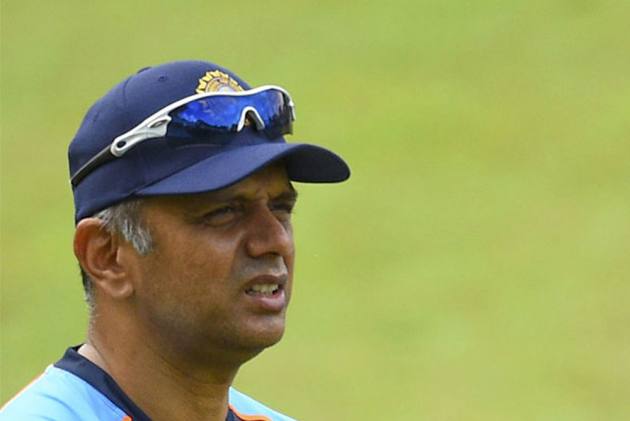 A couple of days after convincing former India captain Rahul Dravid to take up the responsibility, the BCCI on Sunday issued an advertisement for the post of the head coach and three support staff as per the Lodha Committee mandated constitution. (More Cricket News)

It is a foregone conclusion that Dravid, who is currently heading the NCA and has been the guiding force behind the India A and U-19 programmes, is set to take over unless something miraculous happens.

Dravid has already informally agreed during his discussion with top BCCI officials in Dubai on the sidelines of the IPL final.

However, the BCCI needs to have a Cricket Advisory Committee (CAC) in place and they will have to make a formal recommendation to the BCCI Apex Council, if one goes by the book. The last date of application for all posts is October 26.

That is the reason the BCCI has now issued the advertisement for the head coach's post for a period of two years till the 2023 ODI World Cup, along with positions for batting, bowling and fielding coaches.

Batting coach Vikram Rathour, though he doesn't have any performance to show during his two-year tenure from 2019 till date, is expected to get an extension if he applies.

For the bowling coach's position, the long-standing India A and U-19 coach Paras Mhambrey, a trusted ally of Dravid, is expected to get the job.

For the head coach's post, the incumbent will have to play either 30 Tests or 50 ODIs, along with experience of either coaching a national team for two years or any IPL team for three years.

He will be in charge of a team of support staff ranging between 14 to 16 people.

"The successful candidate will be responsible for developing a world class Indian cricket team which delivers sustained success in all conditions and formats, inspiring current and future generations of cricketers and stakeholders with their approach to the game," the advertisement stated.

The head coach will be responsible for reviewing, maintaining, and enforcing the disciplinary codes within the Indian men's team.

He will also work with the head of National Cricket Academy to formulate a developmental plan for the upskilling of players who are not a part of the national team as and when possible.

He will need to "observe players in elite competitions with the national selectors and provide strategic inputs with respect to selection wherever required and provide support and advice in the development of a cricket pathway."

The BCCI also feels that the incumbent head coach "needs to demonstrate great organizational and tactical strengths and will be responsible for setting out and then executing short, medium and long-term plans for the development of the Indian team.

"Central to these will be the ability to manage the playing and coaching resources at their disposal to the greatest effect across the three forms of the game."

For the other support staff, the qualification demands 10 Tests or 25 ODIS or association or experience of working with IPL/A teams for a period of three years.

Another post for which BCCI is looking for a candidate is head of 'Sports Science and Medicine' at the National Cricket Academy after Ashish Kaushik quit the post recently.