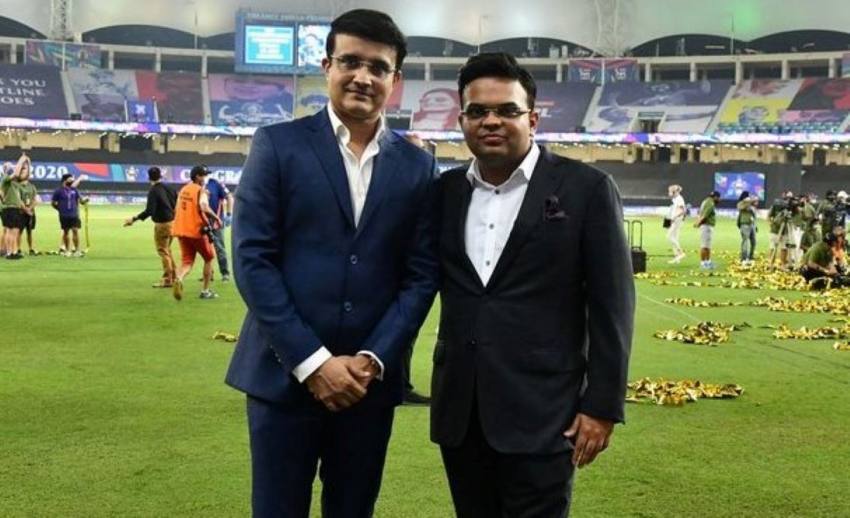 The issue of Sourav Ganguly and Jay Shah tenure as office bearers of Board has been gathering dust for months now.
BCCI
Soumitra Bose 2020-11-30T20:38:44+05:30 BCCI Matter Not Listed Despite Supreme Court Order; Breather For Sourav Ganguly, Jay Shah? 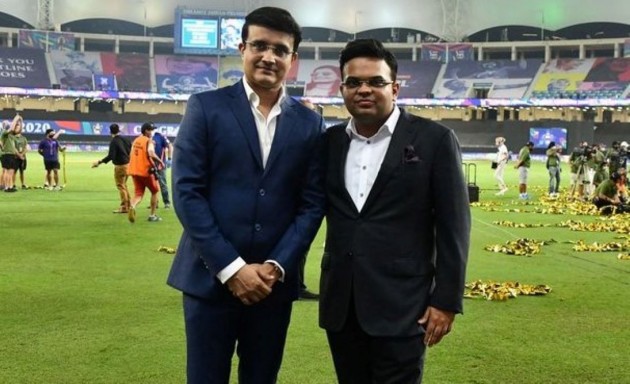 The all-important BCCI matter, that has the contentious issue of Sourav Ganguly and Jay Shah's tenure as office bearers of Board among others, has not been listed for a Supreme Court hearing scheduled for December 1 (Tuesday).

A three-judge bench, comprising Justices L Nageswara Rao, Hemant Gupta and Ajay Rastogi had ordered on November 19 to list all pending matters for December 1, alongside two cases pertaining to cricket in Jammu and Kashmir and Kerala.

The BCCI matter has been gathering dust for months now. The last time it was heard by a Bench comprising Chief Justice of India Sharad Bobde and Justice Rao was on July 22, 2020. Subsequent dates fell through.

In a petition filed by its treasurer Arun Singh Dhumal on April 21, 2020, the BCCI had sought a slew of changes in the constitution that was passed by a three-judge bench headed by former CJI Dipak Misra in August 2018.

The new BCCI constitution was approved on the basis of reforms suggested by the Justice RM Lodha committee. The new constitution mandates a clear three-year cooling off period for office bearers after six continuous years in either a state association or BCCI. It is this cooling off that BCCI is contesting. Ganguly and Shah had, according to the constitution, ended their respective tenures in May and July.

The BCCI case moving to a three-judge bench under Justice Rao can now have two major repercussions.

Since Chief Justice of India Sharad A Bobde's two-man bench couldn't have technically changed the order passed by Justice Misra headed three-judge team, the Bench of Rao, Gupta and Rastogi can now act on BCCI's rather audacious petition, if upheld, will mean the death of the Lodha reforms.

It may be pertinent to mention that Justice Rao has seen the BCCI case from its infancy. It was born out of a petition filed by Cricket Association of Bihar in the wake of the 2013 IPL betting and corruption case.

A cricketer himself, Justice Rao was part of the probe committee that finally led to the formation of the Lodha committee that had banished Chennai Super Kings and Rajasthan Royals from the IPL for two years for corruption.

"So there is a great chance that Justice Rao will respect the almost six years of hard work that has gone behind forming a new BCCI constitution that aims at transparency and accountability," said a former legal luminary who has been part of the apex court's IPL probe committee.

"Only Justice Rao can handle this. There is no one better," said a senior judge, who added that Justice Bobde had more important issues to handle than a clutch of people who are hell bent to stay at the helm of power.

Original petitioner Aditya Verma too raised the alarm bells. "BCCI has betrayed Bihar cricketers. I will not take this lying down," said Verma, adding there were several instances of contempt against the BCCI office bearers.

Both Ganguly and Jay Shah were very active during the IPL in UAE. Shah continues to sign BCCI letters and releases. India will host England next year and have to prepare for two World Cups in three years.

It is almost certain that Sourav Ganguly will have no role to play for BJP in the Bengal Assembly elections early next year. So remaining BCCI president will be a priority for him.

"Let the Supreme Court tell me to go...I will go," Ganguly had told Outlook before the IPL.

All eyes will now be on Justice Nageswara Rao and his team.