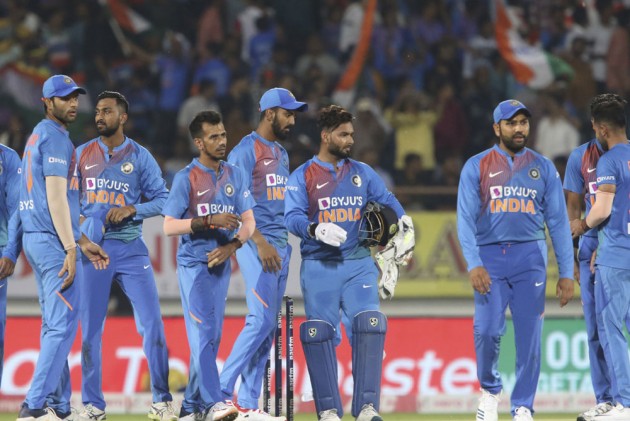 The Board of Control for Cricket in India (BCCI) on Saturday Rohit Sharma for the prestigious Rajiv Gandhi Khel Ratna 2020. The limited-overs vice-captain produced a stupendous performance in the 2019 Cricket World Cup.  (More Cricket News)

Rohit's opening partner Shikhar Dhawan has been once again nominated for the Arjuna Award along with the team's senior-most pace bowler Ishant Sharma.

The 34-year-old left-handed opener has missed out on the Arjuna award in 2018. But this is the first time nominations for Ishant and Deepti.

In the women's category, all-rounder Deepti Sharma was BCCI's pick for the Arjuna for her consistent show in both ODIs and T20Is in the past three years.

Talking about the shortlisting process, BCCI president Sourav Ganguly said, "We went through a lot of data and considered various parameters before shortlisting the nominees."

Justifying Rohit's nomination, Ganguly said the 33-year-old "has set new benchmarks as a batsman and achieved scores people thought were not possible in the shorter formats of the game. We feel he is worthy of getting the prestigious Khel Ratna award for his commitment, conduct, consistency and his leadership skills."

Talking about Dhawan's love for ICC events, Ganguly who himself used to opened the innings for India, said the Delhi batsman "has been consistently scoring at the top and his performances in the ICC events have been significant."

Shikhar Dhawan: Dhawan holds the record for the fastest Test century on debut and is the only batsman in the world to have won two consecutive golden bats (for most runs) in the ICC Champions Trophy. He is also the quickest Indian batsman to reach 2000 and 3000 runs in ODIs and second-fastest Indian to score 4000 and 5000 runs in ODIs.

Ishant Sharma: The youngest Indian to play all three formats of the game, Ishant has been leading the Indian pace bowling attack and holds the record for most wickets by an Indian pacer outside Asia.

Ishant has 297 Test wickets under his belt and by the end of the year is expected to be the second pacer in the country after Kapil Dev to complete 100 Test matches.

Ganguly also praised Deepti as "a genuine all-rounder" and said that the 22-year-old's her contribution to the team has been vital".

Deepti Sharma: A top-class all-rounder, Deepti holds the record for the highest individual WODI score by an Indian player and is also the only Indian spinner to take 6 WODI wickets.

Deepti has so far scored 1840 international runs and taken 117 wickets across the limited-overs cricket.

The Ministry of Youth Affairs and Sports had sought invitations for the respective awards with the period of consideration beginning 1st January 2016 to 31st December 2019.