BCCI are reportedly looking to create six bio secure hubs to host domestic cricket tournaments. Each hub will have a minimum of three venues and the games would be broadcast digitally 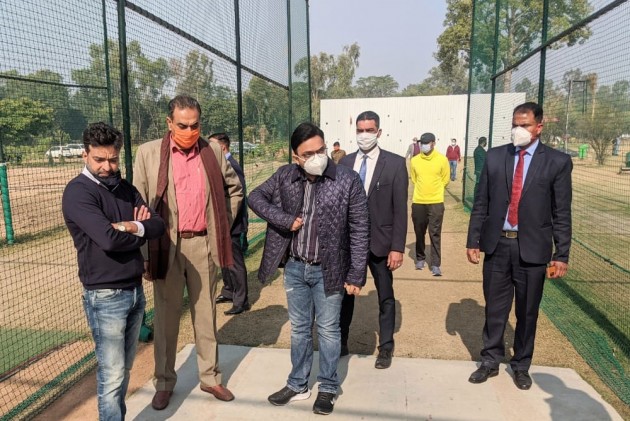 Days after the Board of Control for Cricket in India (BCCI) proposed truncated domestic cricket season due to the COVID-19 pandemic, the tri-city of Chandigarh, Mohali and Panchkula on Tuesday presented a possible avenue to salvage the situation. (More Cricket News)

Confirming the development, UTCA president Sanjay Tandon said that the BCCI is exploring the possibilities of making Chandigarh and tricity a 'Cricket Hub' in which all the conditions for a favourable domestic season scheduled in January 2021 can be held.

BCCI secretary Jay Shah and treasurer Arun Dhumal, along with other office bearers, visited all the cricketing venues.

Shah on Tuesday also inspected the facilities at Punjab Cricket Association's upcoming cricket stadium in Mullanpur on the outskirts of the city.

Shah was accompanied by PCA president Rajinder Gupta and secretary Puneet Bali during his visit to the international cricket stadium in Punjab, a 20-minute drive from the existing stadium in Mohali.

"Mr Shah spent some time at the new facility, which he inspected," Bali told PTI.

Bali said that the ground at Mullanpur is ready and playable while other infrastructure will be ready in next few months.

Shah had visited Sector 16 Cricket Stadium in Chandigarh on Monday evening. This stadium is under the Chandigarh Union Territory Sports Department.

On Tuesday, Shah also visited another cricket ground under UTCA in Chandigarh.

A few days ago, Shah had inspected the facilities under the Cricket Association of Uttarakhand.

"They have made significant progress in developing world class infrastructure. Dehradun stadium & Mussoorie academy will be breeding ground for youngsters. I'm sure they will go from strength to strength with BCCI guidance," Shah had later said in a tweet.

Meanwhile, the BCCI has presented State associations with four options for a truncated domestic cricket season due to the COVID-19 pandemic.

The associations have been asked to revert with their preferred option by December 2.

It's widely reported that Shah has offered specific options for the senior men’s domestic season.

In a letter to the associations, the Board has suggested these four options.

As per the letter, the BCCI has also spoken about the potential windows for the events, proposing 67 days for Ranji Trophy (January 11-March 18).

The Mushtaq Ali Tournament will need 22 days (December 20 to January 10) while Vijay Hazare Trophy, if held, can be conducted between January 11 to Feb 7 --- a period of 28 days.

"Establishing a structure for a new competition during a pandemic has provided specific challenges for domestic cricket, most notably having the required medical personnel in place to handle stringent return-to-play protocols," the letter stated.

BCCI were looking to create six bio secure hubs for the domestic tournament with 38 teams.

Each of the BCCI hub will have a minimum of three venues and the games would be broadcast digitally.

The Board recently conducted the IPL in the UAE in a bio-secure environment and President Sourav Ganguly has been insisting that even the domestic season, which usually begins in August, will go ahead at some point.