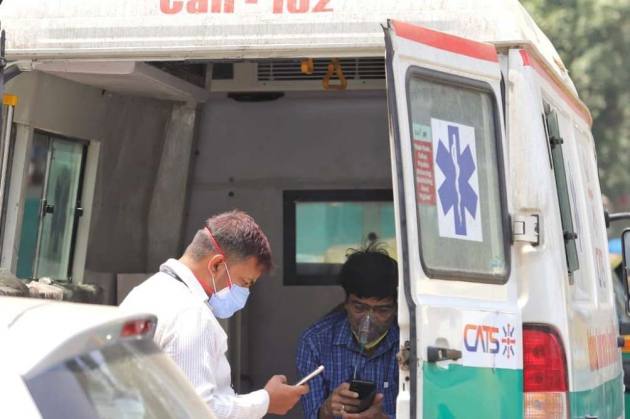 The Indian cricket board on Monday said it will distribute 2000 oxygen concentrators of 10 litres each to various medical organisations, ramping up the country's overwhelmed healthcare infrastructure in its fight against the raging COVID-19 pandemic. (More Cricket News)

The deadly second wave of the pandemic has caused an unprecedented health crisis with thousands losing their lives.

Last month, the national capital region emerged as the worst sufferer due to oxygen crisis, leading to fatalities in multiple hospitals.

"The Board of Control for Cricket in India (BCCI) on Monday announced that it will contribute 10-Litre 2000 Oxygen concentrators to boost India's efforts in overcoming the COVID-19 pandemic," the BCCI said in a release.

"The nation has been hit by an unprecedented second wave of the coronavirus with demands for medical equipment and life-saving oxygen witnessing a major spike," it added.

"Over the next few months, the Board will distribute the concentrators across India with the hope that critical medical aid and care will be provided to the needy patients and this initiative will reduce the havoc unleashed by the pandemic," it further stated.

During the first wave, the BCCI had contributed Rs 51 crore to the PM Cares fund last year.

"The BCCI acknowledges the stellar role the medical and healthcare community has played and continues to play as we fight this long battle against the virus. They have truly been frontline warriors and have done whatever possible to shield us," BCCI president Sourav Ganguly said.

"The Board has always put health and safety at the top of the chart and remains committed to the cause. The oxygen concentrators will provide immediate relief to those affected and will help in their speedy recovery," the former India captain added.

Secretary Jay Shah, on his part, said that the BCCI's contribution could help bridge the gap between demand and supply of oxygen.

"The BCCI understands the desperate need for medical equipment in this hour of crisis and hopes this effort will help in narrowing the demand-supply gap that has generated across the country," Shah said.

"We have all gone through a lot but I am confident that we can stay ahead of the curve now that the vaccination drive is underway. I urge everyone eligible to get vaccinated."

"In times of crisis, the cricketing community has always come forward to lend support. It is heartening to see everyone coming together and doing their bit," treasurer Arun Dhumal said.

"The BCCI remains steadfast in its efforts towards social responsibility and will always be working closely with central and state governments to help them in their efforts to curb the spread of the virus.

"We believe these oxygen concentrators will boost healthcare infrastructure and be vital in providing critical oxygen when levels deplete rapidly," he added.