BCCI Took Permission For Some Other Purpose But Used It To Do Something Else: PCB

Writing a strongly worded letter to the ICC, the PCB demanded the game's world governing body to take action against India 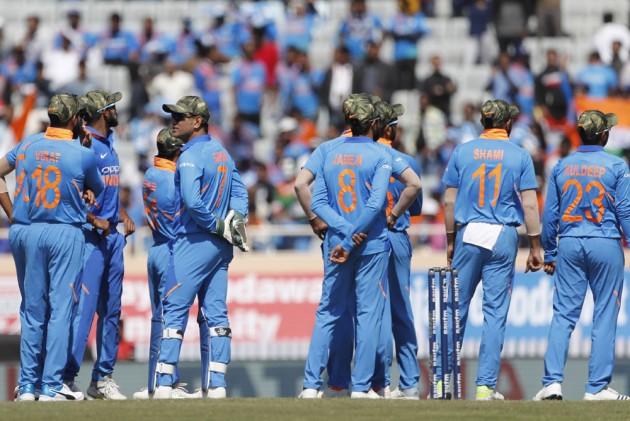 Taking strong exception to the Indian players wearing military caps during an ODI match against Australia, the Pakistan Cricket Board (PCB) on Sunday slammed the Board of Control for Cricket in India (BCCI) for trying to use cricket for politics.

As a mark of respect to the CRPF jawans who lost their lives in the deadly Pulwama terror attack, Indian cricketers sported Army caps during the third match at Ranchi on Friday.

It became a talking point in the Pakistan media with journalists and politicians blaming India for "militarising" the game. But it emerged that the BCCI had taken prior permission to wear specially designed caps.

PCB boss Ehsan Mani on Sunday acknowledge it but said that the BCCI "took permission from ICC for some other purpose and used it to do something else, which is not acceptable."

Writing a strongly worded letter to the ICC, the PCB demanded the game's world governing body to take action against India.

"We have made our point very strongly to the ICC which now has no doubts or confusion about our intention or stance now on this matter.

"We will be sending another letter to the ICC in next 12 hours after more consultations with our lawyers," Mani told reporters at the National Stadium on Sunday night.

Last month, BCCI had asked the ICC to "sever ties with countries from which terrorism emanates" following the Pulwama terror attack, the responsibility of which was taken by Pakistan-based terror outfit Jaish-e-Mohammed.

"This is the second that the BCCI has tried to use cricket for politics. They took permission from ICC for some other purpose and used it to do something else, which is not acceptable," he said.

Mani said they have reminded the ICC about the disciplinary action they took against Imran Tahir of South Africa and Moin Ali of England a few years back when the players tried to make a political statement on the field.

"We want the ICC to take similar sort of action against the Indians."

Meanwhile, undeterred by the ICC's snub over the proposal to isolate Pakistan from the international cricket community, the Supreme Court-constituted Committee of Administrators (CoA), which is running cricket in India, on Thursday decided to persist with the issue.

The CoA will reportedly take up the matter before world cricket's governing body once again when they meet ICC chairman Shashank Manohar in Mumbai on March 12.