Virat Kohli, during his pre-departure press conference ahead of the tour of South Africa, said that he was never asked to stay on as T20 skipper by the BCCI, a claim which was made by Sourav Ganguly. 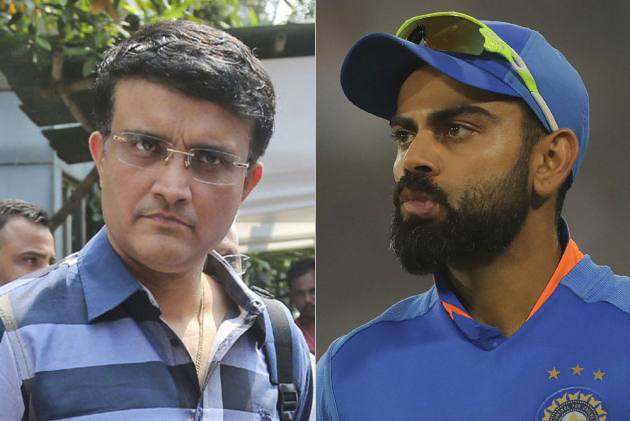 The controversy surrounding the sacking of Virat Kohli as the captain of India's ODI team takes a new turn on Thursday with the BCCI president Sourav Ganguly saying that the cricket board "will deal with it." (More Cricket News)

On Wednesday, Kohli opened the proverbial Pandora's box by refuting Ganguly's claim that the BCCI had asked him not to step down as the T20 captain.

"Whatever was said about the communication that happened about the decision that was made was inaccurate," Kohli had said before the national team's departure for South Africa.

The BCCI removed Kohli and installed his deputy Rohit Sharma, who was already leading the T20 team, as the captain of the ODI team.

"When I left the T20 captaincy, I had first approached BCCI and intimated them of my decision and laid down my point of view in front of them (office bearers)".

Earlier, Ganguly had said that he had spoken to Kohli and told him that two captains in the white-ball format was not something that the selectors wanted as there would be "too much of leadership."

Barely 24 hours after Kohli's statement, Ganguly, from a position of authority, said on Thursday: "No statements, no press conference. We will deal with it, leave it to (the) BCCI."

Interestingly, earlier in the day, batting great Sunil Gavaskar said that Ganguly is the best person to clear the air the controversy.

"Yes, he (Ganguly) is the BCCI president and surely he should be asked why there is this discrepancy. He is probably the best person to ask about the discrepancy in what you seem to have to say and what the Indian captain has said," Gavaskar told 'India Today'.

Gavaskar also wondered if Kohli's poor choice of words while announcing his decision to step down as the T20 captain in September might have "upset the ones in power."

"I think you know I also saw the release because it was in a public domain. I think you know the way it was put across, I think it might upset the ones in power. If I remember correctly it said I will continue to lead India in Test and ODIs", Gavaskar said.