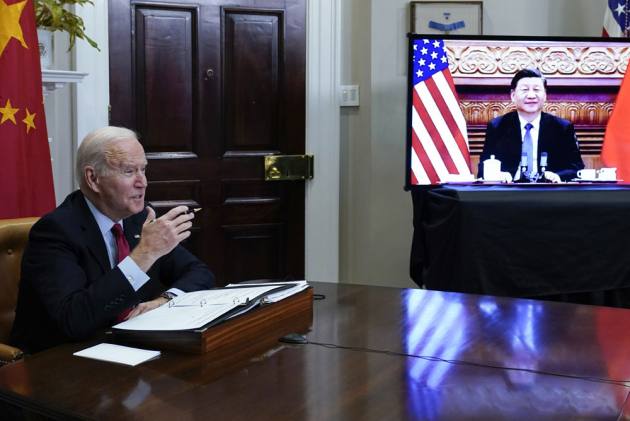 China on Friday lashed out at US President Joe Biden for considering a diplomatic boycott of the forthcoming Winter Olympic Games over China’s human rights abuses, saying Washington is trying to politicise the international sporting event. (More Sports News)

That is “something we are considering,” Biden told reporters after meeting Canada’s Prime Minister Justin Trudeau at the White House on Thursday.

Biden’s comment comes days after a virtual summit with Chinese counterpart XI Jinping on Monday, during which the two leaders said they should respect each other, co-exist in peace and pursue a win-win cooperation.

Beijing is making grand preparations to host the Winter Olympic Games to be held in February next year.

The event makes Beijing the only city in the world to have hosted both Summer and Winter Olympics. It hosted the Summer Olympics in 2008.

The diplomatic boycott by the US and its allies could cast a shadow over the grand opening ceremony being planned by China for the event as their official delegations will be conspicuously absent flagging the human rights issues.

The US First Lady Jill Biden led the American contingent to the Summer Olympics in Tokyo this year and the second gentleman Doug Emhoff led a delegation to the Paralympic Games.

The US and European Union countries have accused China of widespread human rights allegations amounting to genocide against Uygur Muslims in Xinjiang, who were opposed to the increasing settlements of majority Han Chinese.

They are also critical of the human rights situation in Hong Kong and Tibet.

When asked for his response to Biden’s comment, Chinese Foreign Ministry spokesman Zhao Lijian told a media briefing here on Friday that “I want to stress that Xinjiang affairs are purely China’s internal affairs which brook no foreign interference under any pretext or any means”.

He said the US made false accusations on China about the “so-called forced labour and genocide”.

“It is nothing more than a laughing stock in the eyes of Chinese people and other accusations made by the US are just as groundless as this,” he asserted.

“I want to stress that the Winter Paralympics and Olympic games are a stage for sports for players from all around the world,” he opined.

“Politicisation will only harm the Olympic movement and the interests of all athletes. We believe that with the concerted efforts, we will surely present streamlined, splendid and safe games to the world and advance the Olympic sports and the cause”, he concluded.