Beijing Winter Olympics: Japan Has 'No Plans To Send A Government Delegation'

Japan's decision not to send a government delegation to Beijing Winter Olympics follows a move by the United States and a few other democratic nations including Australia, Britain and Canada, which cited China's human rights violations. 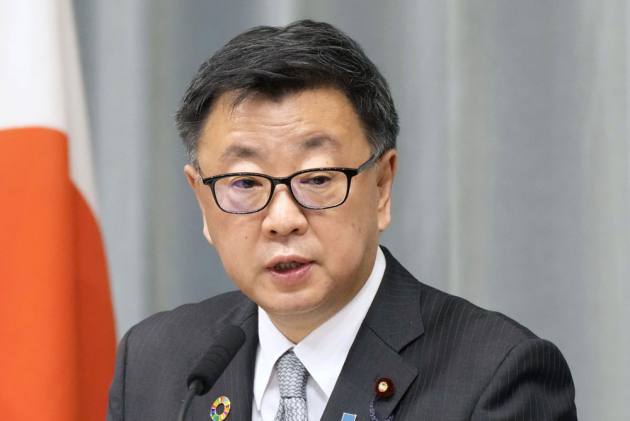 Japan announced Friday it won't send a delegation of ministers to represent the government at the Beijing Games but three Olympic officials will attend, a mixed response to a US-led move to boycott the games to protest China's human rights conditions. (More Sports News)

Chief Cabinet Secretary Hirokazu Matsuno told a regular news conference that “We have no plans to send a government delegation.”

Matsuno said the three officials are attending at the invitation of the International Olympic and Paralympic Committees to represent the JOC and IPC.

Asked if it’s a diplomatic boycott, Matsuno responded by saying: "We don’t use a particular term to describe how we attend."

Japan's decision not to send a government delegation follows a move by the United States and a few other democratic nations including Australia, Britain and Canada, which cited China's human rights violations.

Japan, as a U.S. ally and considering its biggest trade partner is China, is in a difficult position and has taken a softer approach than its western partners on human rights situations in China's Xinjiang region and Hong Kong.

Japan Prime Minister Fumio Kishida has made human rights a key part of his diplomacy and created a special advisory position to tackle the issue and has said he hopes to make a constructive relations with China. He has been repeatedly asked what to do about the Beijing Olympics in recent weeks but only said he was to make a decision comprehensively for Japan's national interest.

"Japan believes that it is important for China to guarantee the universal values ??of freedom, respect for basic human rights, and the rule of law, which are universal values ??in the international community," Matsuno said. Japan took those points into consideration to make its own decision, he added.

China has criticized the United States and other countries for violating political neutrality required in the spirit of the Olympic Charter.

Japanese athletes will take part in the Games beginning Feb. 4 as scheduled.

"Japan hopes the Beijing Olympics will be held as the festival of peace in the spirit of Olympics and Paralympics,” Matsuno said.