Euro 2020, Quarter-final, Belgium Vs Italy: When And Where To Get Live Streaming In India 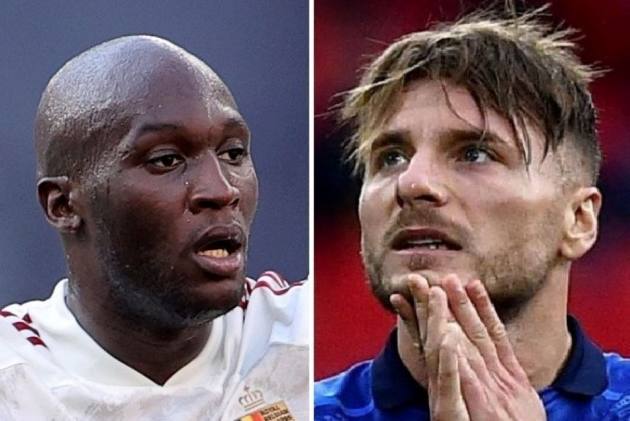 Potentially it will be the biggest clash of the quarterfinals when the two heavyweights of the European football - Belgium and Italy - come face-to-face at Allianz Arena, Munich, on July 3.

Italy have been undefeated till now and

Italy quailed from Group A winning all their matches. The defeated Turkey 3-0 and followed it up with a 3-0 win over Switzerland. The Azzurri’s defeated Wales 1-0.

In the round of 16 saw, Italy extend their winning streak with a 2-1 win over Austria in a tough match.

Belgium on the other hand have managed to stay on course despite injuries to many of its key players.

Belgium started with a 3-0 win over Russia and followed it up with come from behind 2-1 win over Denmark. In the last of the group stage matches, Belgium defeated Finland 2-0.

In round of 16 they defeated defending Champions Portugal 1-0 but the match saw two of their star players Kevin De Bruyne, Eden Hazard joining the long injury list.

Both the teams will put their Euro record of unbeaten run on the line in Munich. Belgium and Italy have been undefeated in European Championship for the last 14 matches.

Group B Winners played at St Petersburg and Copenhagen

Group A winners played their matches in Rome

Head-to-Head: This will fifth match between the two sides in a major tournament. Italy has won three and drawn one. All four meetings have been in group stages of the tournament

~ This will be the fifth meeting between Belgium and Italy at a major tournament – all four previous meetings came in the group stages. Italy avoided defeat in all four matches, winning three and drawing one.

~ Against no side have Belgium played more games at major tournaments without winning than Italy (4, level with France and Germany) while the only European nations Italy have faced more often at the same tournaments without losing are Germany (9) and Austria (5).

~ Italy have reached the quarter-final of the European Championship for a fourth consecutive tournament. Each of those previous three appearances at this stage have been decided by a penalty shootout, with the Italians eliminated by Spain in 2008 and Germany in 2016 while progressing past England in 2012.

~ Italy have only conceded more than once in one of their last 18 matches at major tournaments (EUROs/World Cup), dating back to the beginning of EURO 2012.

~ Belgium eliminated reigning champions Portugal in the round of 16 – four of the five nations to win a knockout stage tie (including finals) against the reigning European champions have gone on to win the trophy, with the exception being Italy at EURO 2016.

~ Belgium’s Thorgan Hazard has been directly involved in six goals in his last seven starts for Belgium (four goals, two assists) and has scored in his last two EUROs appearances.

~ Matteo Pessina has scored in Italy’s last two matches at EURO 2020; no player has ever scored in three consecutive European Championship appearances for Italy