England suffered a chastening loss to India in their ODI series opener but fought back in style on Friday, with Ben Stokes starring. 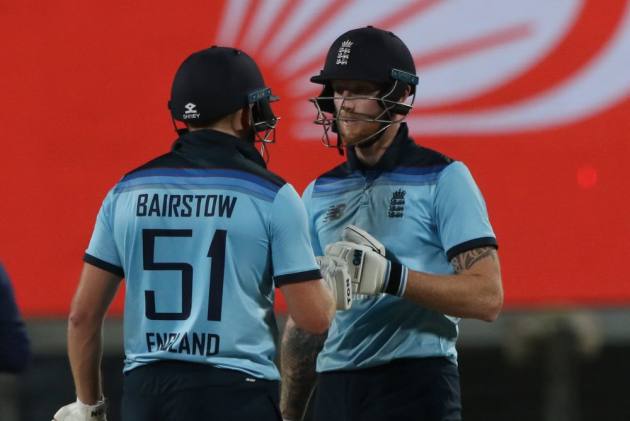 Ben Stokes was proud that England stuck to their values as they roared back from a series-opening defeat to thrash India on Friday. 2nd ODI Highlights | Scorecard | News

Moved up to bat at three in the absence of Joe Root, Stokes thrilled with a 52-ball 99 in Pune as the tourists won by six wickets with 39 deliveries to spare, Jonny Bairstow having scored a century as England comfortably chased down India's 336-6.

The result came on the heels of Tuesday's chastening 66-run loss, when England collapsed to 251 all out as Stokes scored just one run from 11 balls, and means the series will go to a decider on Sunday.

Stokes was delighted to see England produce such a classy response to that setback, even in the absence of injured captain Eoin Morgan, as his side stayed true to their attacking principles.

That was simply sensational

"I think the most pleasing thing for us as a team is we didn't go away from our values," he said, having built on the platform laid by Bairstow and Jason Roy's 110-run opening stand. "We were bitterly disappointed after the first ODI.

"It was a great chase and I'm happy we were able to go over the line fairly easily despite India putting up a big total.

"It was a better wicket but we don't really fear any totals to be honest. It would have been easy to rein ourselves in after the last game but from a personal and team point of view, it was important to play as we do.

"We speak about match-ups in our changing room and my match-up was with the spinners to take the risk, just let Jonny keep going on with his business. He's in unbelievable form.

"The amount of runs they [Roy and Bairstow] have scored is obviously amazing, but if you look at the way they have scored it's even better – best in the world in my opinion."

Pune will again play host to the third and final match this weekend.

England's victory on Friday also ensured that a 3-0 series defeat will be avoided, meaning India cannot leapfrog into top spot in the ODI rankings.