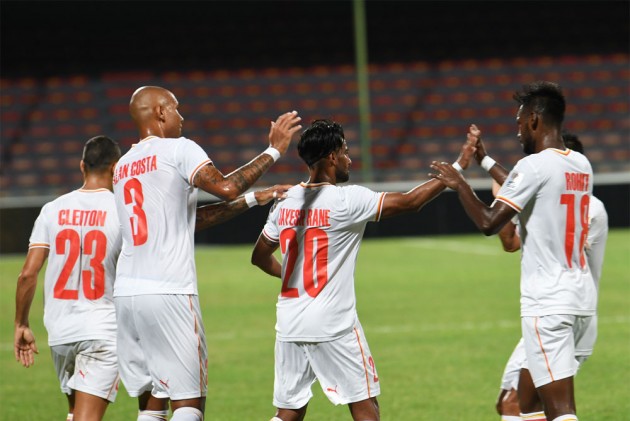 Indian club Bengaluru FC began their season on a positive note as they notched up a 1-0 win over Maldives' Club Eagles in the AFC Cup playoff match in Male on Sunday.

The Blues will face ATK Mohun Bagan in their opening clash of Group D on Wednesday.

Midfielder Jayesh Rane scored, what turned out to be the game's lone goal, in the 26th minute at the National Stadium.

Both the teams were not at their best in the first 45 minutes but former Indian Super League (ISL) champions BFC managed to hold on to their lead through the game.

Local outfit Club Eagles looked impressive on the wings with their pace but the Indian club was equal to the task, with Rane putting the visitors ahead before the half an hour mark.

Rane fired in a powerful low shot from inside the box and gave Bengaluru the much-needed lead.

While BFC sought to gain control of the proceedings from the word go, they looked more confident after taking the lead, enjoying more possession while moving the ball around.

However, the visitors nearly conceded an equaliser just before the lemon break, when defender Sarthak Golui almost put the ball into his own net off an Eagles corner before his goalkeeper Gurpreet Singh Sandhu came to the team's rescue and keep the lead intact.

BFC continued to keep possession at the start of the second half but there was hardly any goalmouth action with the visitors intent on just holding on to the lead and the hosts struggling to draw parity.

In the 65th minute, Bengaluru FC survived a scare as Ali Fasir had a golden opportunity to put Eagles level, but missed the target with just Sandhu to beat inside the box after going past Alan Costa and Sarthak Golui.

In the 83rd minute, there was a chance for Leon Augustine with the Eagles goalkeeper leaving his position, but the midfielder failed to keep the ball on target.

BFC made a final change as Danish Farooq made his debut, replacing Sunil Chhetri just before the added time.

Bengaluru, who made it through the Preliminary Stage Two with a comprehensive 5-0 win against Tribhuvan Army FC, landed in the Maldives earlier this week before beginning preparations for the clash.