Farooq, 25, is the first player from Jammu and Kashmir to sign for the club and he joins the Blues ahead of their upcoming AFC Cup playoff stage clash against Eagles FC 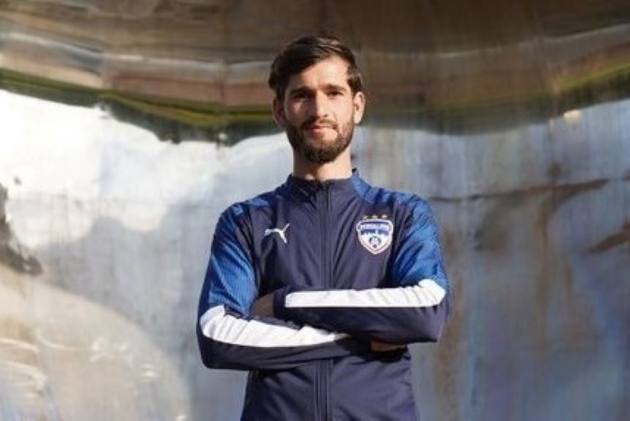 The 25-year-old attacker, who is the first player from Jammu and Kashmir to sign for the club, has joined the Blues ahead of their upcoming AFC Cup playoff stage clash against Eagles FC.

Danish spent his youth career playing for the J&K Bank football academy, where he wore the armband across age groups and led them to as many as 12 titles. His performances earned him a move to Lonestar Kashmir in the I-League second division, and a season later to Real Kashmir.

"BFC is one of the best clubs in the country, and I am delighted to have the opportunity to be a part of it. My immediate challenge is to do well in the AFC Cup and the Indian Super League. My ultimate goal is to achieve success with the club and to grow as a player," said Danish.

He was the side's joint top-scorer in a campaign that saw the Snow Leopards clinch the I-League 2nd Division title and earn promotion to the top flight.

In their first season in the I-League, Real Kashmir managed to finish third in the table, ahead of the likes of Mohun Bagan, Churchill Brothers and Gokulam Kerala FC.

"When I got a call from my agent, who told me that BFC was interested in signing me, we felt it was the best option for me to grow as both a player and to showcase my talent at the highest level," added Danish.

An attacking player by trade, the Kashmir-born player is adept at playing on the flank and has previously turned out in midfield. Having amassed as many as 48 appearances over the last three seasons in the I-League, Farooq has registered seven goals and five assists in that time.

With Farooq in attack, Real Kashmir clinched the first major domestic title in the club’s history by winning the 2020 IFA Shield.

“Danish has the experience of playing in many positions; as a striker, a winger and gives us a lot of options in attack. He’s a good character, has gelled well with the team and with his style of football gives the team a bit of technical quality.

"Danish was the captain of one of his previous teams, and also brings a bit of his leadership onto the pitch” said Blues' head coach Marco Pezzaiuoli.