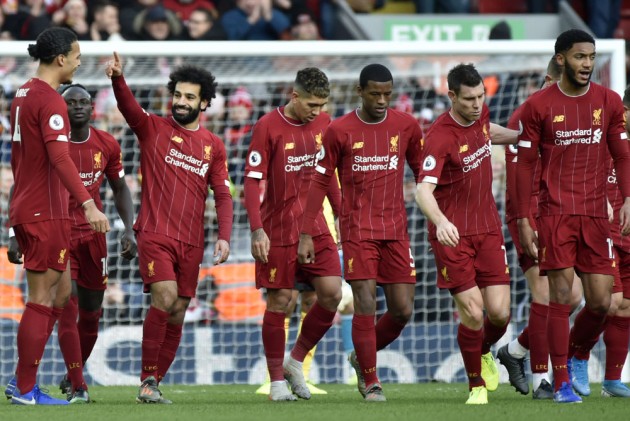 Liverpool broke yet more records in their latest Premier League triumph over Tottenham, achieving a benchmark that not even Barcelona, Paris Saint-Germain or Bayern Munich have previously managed. (More Football News)

Roberto Firmino scored the first-half winner as the unbeaten Reds recorded their 20th top-flight victory in 21 games to take their tally to 61 points this term.

In the three-points-for-a-win era, that is the biggest points haul any team in Europe's top five leagues has ever managed after 21 games.

The likes of Barcelona, PSG, Juventus and Bayern Munich have enjoyed spells as all-conquering giants in their respective domestic leagues, yet none of those sides have been able to achieve such a total at the same stage.

In avoiding defeat, Klopp's side also extended their unbeaten Premier League run to 38 games, the equivalent of a full season.

They have accrued 104 points in that time, winning 33 times and drawing on five occasions, bettering the previous record totals Manchester City and Chelsea (both 102) managed across 38-match spells in 2017-18 and 2005 respectively.