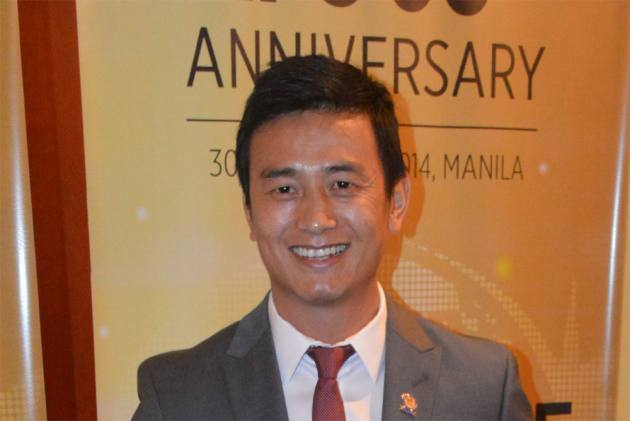 Bhaichung Bhutia may have played one of his best matches under the tutelage of the legendary P K Banerjee but the 'Sikkemese Sniper' does not find a place in his all-time India XI. (More Football News)

In his autobiography 'Guru' which was brought out by Banerjee's daughters, Paula and Purna Banerjee, 15 months after his death, Bhutia finds a place in the reserve bench alongside Surajit Sengupta, Samaresh Chowdhury and Subrata Bhattacharya.

Bhutia had played one of his best matches under the coaching of Banerjee when he scored a hat-trick to lead East Bengal's 4-1 rout of arch-rivals Mohun Bagan in the 1997 Federation Cup in front of a crowd of 1.31 lakh.

Through a series of anecdotes, pieces of history and coaching secrets, the book traces the life of a young boy who made it big in the Indian football, from the small town of Katihar in Bihar.

Banerjee also talks about how he had to deal with his daughter's kidnapping ahead of a history-making Kolkata League encounter and why he cut his chest to offer blood to the deities at the Tarakeshwar temple twice.

A doyen of Indian football, Banerjee, who died in march last year at the age of 83 years, also revealed about a secret notebook that "he never shared with anyone".

"This had his lessons and learnings from his Guru Dettmar Cramer. The secret notebook is out in print for the first time and could prove to be the Bible for coaching aspirants," said a statement.