Bhanuka Rajapaksa Takes Retirement U-turn, He Wants To Play For Sri Lanka 'For Years To Come'

Bhanuka Rajapaksa had tendered his letter of resignation to Sri Lanka Cricket (SLC) on January 3. However, after meeting the Sri Lankan Sports Minister Namal Rajapaksa recently, the southpaw has changed his mind. 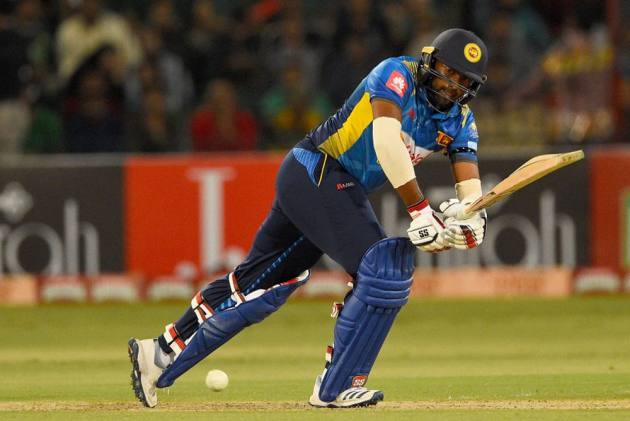 Ten days after announcing his retirement from international cricket, batter Bhanuka Rajapaksa has made himself available to play for Sri Lanka "for years to come." (More Cricket News)

The 30-year-old had tendered his letter of resignation to Sri Lanka Cricket (SLC) on January 3.

However, after meeting the Sri Lankan Sports Minister Namal Rajapaksa recently, the southpaw has changed his mind.

"Pursuant to a meeting with the Hon. Namal Rajapaksa – Minister of Youth & Sports and after consulting with the National Selectors, Bhanuka Rajapaksa has notified SLC that he wishes to withdraw his resignation which he tendered to SLC on 3rd Jan. 2022, with immediate effect," a SLC stated in a media release.

"In his letter to SLC withdrawing his resignation, he further states that he wishes to represent his country in the game he loves for the years to come," it added.

In his initial letter, Rajapaksa had cited family obligations as the key reason for his resignation.

"I have very carefully considered my position as a player, husband and am taking this decision looking forward to fatherhood and associated familial obligations," Rajapaksa had written.

Rajapaksa has so far represented Sri Lanka in five ODIs and 18 T20Is, scoring a total of runs 409 across formats which included three fifties.

He was part of Sri Lanka's T20 World Cup 2021 squad and finished as the third-highest run-scorer for his team with 155 runs from eight matches.