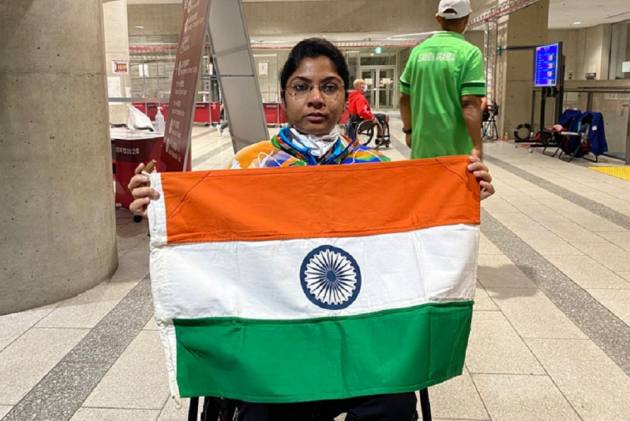 Bhavinaben Patel created history on Friday by becoming the first Indian to enter the semifinals of the Paralympic Games Table Tennis competition and confirm a medal for India. (More Sports News)

The 34-year-old Gujarat-based paddler defeated the defending champion and veteran Borislava Peric of Serbia 11-5 11-6 11-7 in just 18 minutes in their women’s singles quarterfinal Class 4 category. Athletes in Class 4 category have fair sitting balance and fully functional arms and hands. Their impairment may be due to a lower spinal-cord lesion or cerebral palsy.

Earlier, Bhavina, who became the first Indian para-TT player to reach the pre-quarterfinals yesterday, beat Brazil’s Joyce de Oliveira also in straight games. Bhavina’s opponent in the quarterfinals was a gold as well as a silver medalist at the 2016 Rio Paralympics.

Compound para-archer Rakesh Kumar recorded a Personal Best score of 699 to be third in the Men’s Individual Open Ranking Round. Competing among 36 archers, he will be in action in the Elimination Rounds tomorrow, along with his compatriot Shyam Sundar, who stood 21st. The archers have been provided financial assistance by the Government towards equipment, six international competitions and national coaching camps besides Sports Science support.

Jyoti Balyan, the only Indian Women’s Compound Archer in the Games, stood 15th in the Ranking Rounds, while Recurve Archers Vivek Chikara and Harvinder Singh were 10th and 21st respectively.

It was tough luck for women’s Powerlifter Sakina Khatun, who finished fifth in the 50kg class with a best bench press of 93kg. Jai Deep, who participated in the men’s 65kg category, finished out of the Top 7.