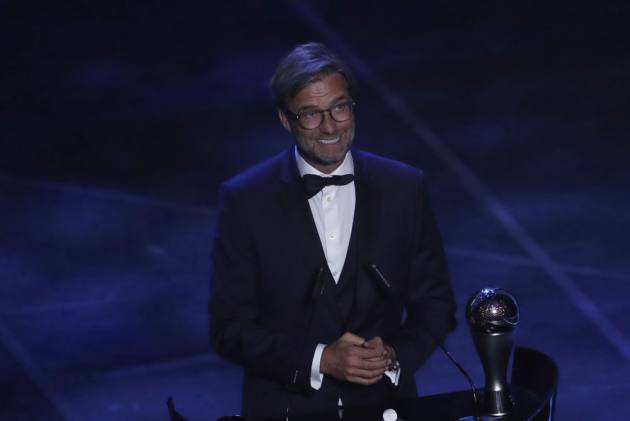 Jürgen Klopp seems sure why FIFA is so determined to gain support for World Cups every two years, and he's not pleased by apparent financial motivations. (More Football News)

"In the end," the Liverpool manager said Friday, "it's all about money, that’s how it is."

Across in Germany, Bayern Munich coach Julian Nagelsmann was as concerned about the impact on FIFA's flagship events if the frequency was doubled.

"I’m no friend of that,” Nagelsmann said. “On the one hand, it affects the overload on players and there’s a devaluation of the World Cup. If it takes place more often, it doesn’t have the same significance."

That's the type of dissent Arsene Wenger hasn't highlighted in presentations to media this week during what FIFA calls a consultation process. The former Arsenal manager, in his role as FIFA’s chief of global football development, is advancing a vision that so concerns two of the game's current great coaches.

Klopp is a respected figure in FIFA. Just three weeks ago, Klopp was being honored by FIFA, receiving the men's coach of the year award from Wenger.

"There’s not another sport in world I’m sure with such a relentless calendar, no physical sport,” Klopp said. “There are more demanding sports in the world, like athletics, marathon runs, all kind of things of course. But they don’t run 20, 30 or 40 a year, of course not and other physical sports don’t have this calendar.

"We all know why it’s happening whatever people say that it is about giving different countries the opportunity, that’s why we have more teams in the World Cup."

But ultimately Klopp sees those political arguments as a mask for attempts to generate more cash for FIFA.

"That’s fine,” he said. "We do it not because of money but because we love it. That’s why we started it but of course we get lots of money as well.

"But in the end at one point, somebody has to start understanding that without the players — the most important ingredients of this wonderful game — we cannot play it, that’s how it is ... nobody is more important than the players."

FIFA flew former players into Qatar during this week as part of a nominal consultation process.

But such clear support is less evident from active figures in the sport.

"There's the flood of scheduling, which is getting more and more and is sometimes hard to control," Nagelsmann said.

"We all have to, most of all in Germany and at FC Bayern, try to stay within sensible financial boundaries. If we have more and more games, whether it’s national or international games, then the squad just has to get bigger and bigger and you have a cost explosion. That all has to be capped and it’s not that simple."

Wenger has argued that FIFA's priorities were less travel for players and less disruption for their clubs plus giving young talent worldwide more meaningful games.

The current system — that typically sees players based in Europe taking long-haul flights home throughout the season in short breaks for national-team games — could be replaced by a single block of fewer qualifying games in October. International tournaments would occupy June each year.

It's unclear whether it needs more regular World Cups to introduce the mandatory 25-day vacation in July envisaged for players before rejoining their clubs.

"I think this flood of games doesn’t mean that the quality of individual games is better, but rather worse, and I think that if football becomes more unattractive, then in the end there will be less money flowing,” Nagelsmann said.

"People won’t be watching the TV as much and, if something else on TV is clearly more interesting than the football, because the players … can’t run any more, then that doesn’t do us any good."