More than 1,000 players and officials went into a two-week quarantine from January 14 when the first of 17 flights chartered by Tennis Australia landed in Melbourne and Adelaide. 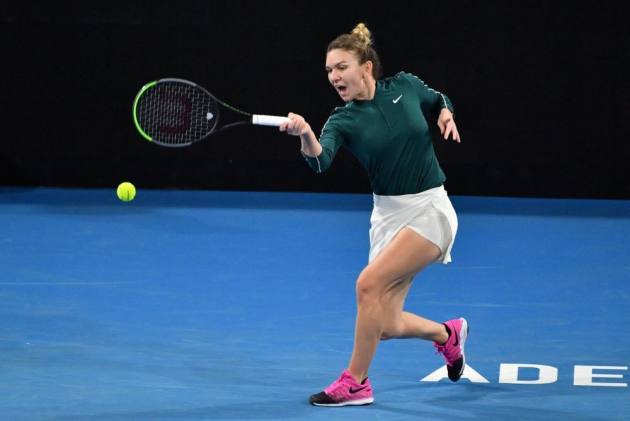 The last group of quarantined players in Melbourne ahead of the Australian Open and a week of tune-up tournaments was set to leave their hotels at midnight Saturday night, ending a mammoth two-week effort to reduce the chance of any international arrivals bringing the coronavirus Down Under. (More Sports News)

More than 1,000 players and officials went into a two-week quarantine from January 14 when the first of 17 flights chartered by Tennis Australia landed in Melbourne and Adelaide.

Three of those charters contained players or entourages with COVID-19, meaning that 72 players had to go into hard quarantine with no opportunity to practice. Other players not in hard quarantine were allowed out of their rooms for up to five hours a day to train.

Melbourne Park, site of the Australian Open, was busy Saturday with all but 22 players out of hotel quarantine and preparing for the tune-up tournaments which get under way on Sunday. Japan's Kei Nishikori and Benoit Paire of France were among those who could exit their hotels at 11.59 pm on Saturday.

Two WTA tournaments kick off official proceedings on Sunday, and Australia's world no 1 Ash Barty has a first-round bye in one of them. Ajla Tomljanovic, ranked no 69, takes on Alize Cornet of France in the first round to determine who will play 2019 Australian Open champion Naomi Osaka in the second.

There is one other WTA tournament scheduled only for those players who were in hard lockdown.

As well, the ATP Cup team event begins Tuesday and there are two other ATP men's tournaments scheduled in Melbourne ahead of the February 8-21 Australian Open.

The first Grand Slam tournament of the year was delayed by three weeks to allow for the 14-day quarantine and a week of warm-up tournaments.

Some of the big stars got their season started unofficially on Friday in an exhibition tournament at Adelaide's Memorial Drive, where Serena Williams beat Osaka, Rafael Nadal defeated US Open champion Dominic Thiem and second-ranked Simona Halep beat no 1 Ash Barty.

Tiley said the players who were in hard lockdown had been given priority with their schedules and access to training facilities. He said with all players having at least nine days between quarantine and the start of the Open, the tournament would be as fair as it could be.

"There have been a lot of questions about a fair playing field — some players have had to quarantine, some have not," Tiley said.

"We've given nine days when coming out of quarantine to when they'll really need to be playing. It's not going to be perfectly ideal, but it's enough time to be as ready as you possibly can be. No different to inclement weather or someone being a bit sick and having to take a few days off."

As contractors put the finishing touches on the stadiums and surrounds at Melbourne Park, Victorian state sports minister Martin Pakula said crowds would be at about 50 per cent of previous years, with 390,000 people expected over the two weeks.

"Rod Laver Arena will have incredible atmosphere, not that different to the atmosphere we've seen at all the Opens in the years past," Pakula said of the tournament's main 15,000-seat arena.