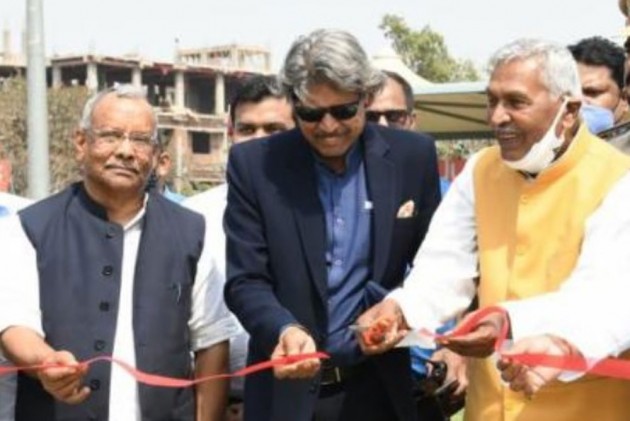 The Bihar Cricket Association has left the Board of Control for Cricket in India embarrassed by hosting an IPL-style T20 cricket league without any permission from the parent body. (More Cricket News)

Called the Bihar Cricket League 2021, the franchise-based tournament was inaugurated on March 20 by Kapil Dev, the former World Cup-winning Indian cricket captain and an ex-member of the BCCI's Cricket Advisory Committee.

The Bihar Cricket Association's open defiance once again highlights the administrative failure of the Sourav Ganguly-led cricket Board.

The Supreme Court is scheduled to decide on the fate of Ganguly and Jay Shah as president and secretary, respectively, of the BCCI on Tuesday.

"As per paragraph 1 of the Advisory, any state cricket association that intends to organise/host a T20 cricket tournament, must take prior approval of the BCCI, and provide certain relevant information for BCCI’s scrutiny, as prescribed under the Advisory. Such an approval is required to be taken every year."

"Surely, we have been left humiliated by a state body which returned to mainstream domestic cricket only recently after 18 years in the wilderness," admitted a top BCCI official.

He added: "Till today, BCA doesn't have any permission to host this league and the current BCCI regime is against such tournaments that are vulnerable to hanky-panky (read: match-fixing)."

The Bihar Cricket League 2021 is being televised live by Eurosport and is believed to be reaching a worldwide audience. "It surely opens the tournament to bookies," the BCCI official added.

No BCCI official came on record to say what action Bihar will face for snubbing the Board. For months, the BCCI itself has been dragging its feet on appointing an adhoc body despite the Apex Council approving it.

BCCI president Sourav Ganguly, who was entrusted to clear the mess in a faction-riddled Bihar cricket, has done little to make the state's cricket officials fall in line.

Corruption is the middle name of Bihar cricket. Ganguly didn't respond to Outlook's query on Bihar staging an unauthorised T20 tournament that has Venkatesh Prasad, Sanath Jayasuriya and Tillakaratne Dilshan as 'icons.'

The BCCI will now be under pressure to approve tournaments like the Tamil Nadu Premier League and the Karnataka Premier League. Several others states like Saurashtra and Maharashtra also want to stage IPL-style leagues.

Secretary of the Tamil Nadu Cricket Association, Ramasaamy, said his association has applied for permission to host TNPL in June.

"We will wait to hear from BCCI. All editions of the TNPL have been played after BCCI permission. I can't comment on how Bihar is staging something without BCCI nod," Ramasaamy said.

Karnataka is also keen to stage its T20 league (KPL). Karnataka State Cricket Association secretary Santosh Menon said: "We will wait for the BCCI calendar and the guidelines and then decide on the next steps."

Bihar has certainly left BCCI in an uncomfortable situation. BCA officials have clearly exploited a shaky BCCI whose three top officials are not sure of their future.