India's Smriti Mandhana, the ICC Women's Cricketer of the Year, scored a blistering 52 off 25 balls to give the Hurricanes the perfect platform to chase down the target. 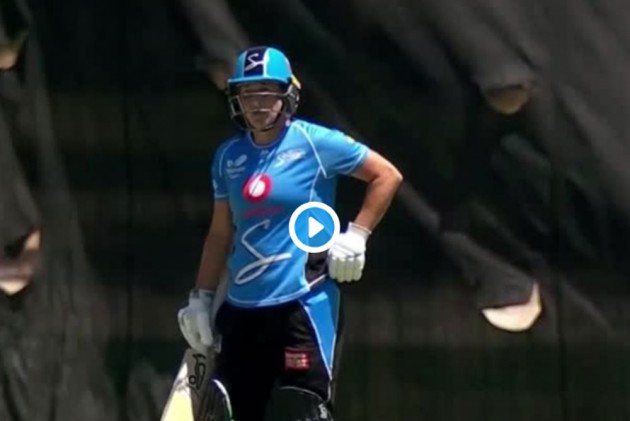 In a thrilling BBWL match on Tuesday, Sophie Devine scored 115 runs to help Adelaide Strikers beat Hobart Hurricanes, but was not credited with a century.

Devine, who was named in the ICC ODI Team of the Year for 2018, remained unbeaten twice on 99 and 16 as the match went all the way to super over.

In a stunning display of power hitting, the White Ferns skipper smashed 22 in the final over off Heather Knight but remained one short of a hundred.

Mandhana Is ICC Women's Cricketer Of The Year

Her 53-ball knock with 10 fours and four sixes helped Strikers post 189/5, their highest total ever.

.@sophdevine77 fell agonisingly short of the ton, but her unbeaten 99* was sure fun to watch! ðÂÂÂÂÂÂÂÂª #WBBL04 pic.twitter.com/LFbTdAfIGC

India's Smriti Mandhana, the ICC Women's Cricketer of the Year, scored a blistering 52 off 25 balls to give the Hurricanes the perfect platform to chase down the target.

Then, wicketkeeper Georgia Redmayne scored 54 off 37 as the scores were tied at 189, thus forcing a super over.

So this is just about the coolest thing we've ever seen! ðÂÂÂÂ¤© Sophie Devine shows us the only way to Super Over, what a player! ðÂÂÂÂÂÂÂÂÂÂÂÂ@CommBank | #WBBL04 pic.twitter.com/O6UcRaMVI8

In the super over, Hurricanes set a target of 13 runs. Devine hit Brooke Hepburn for two sixes and a four to complete the chase in just three balls.