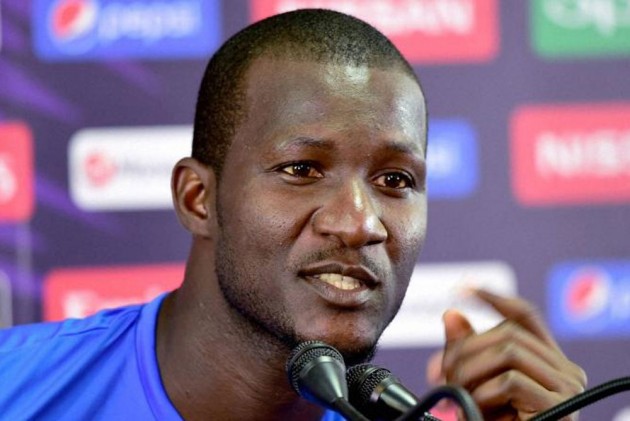 The all-rounder, who was one of the first cricketers to speak up on the issue of racism in cricket, once the movement started spreading, took to Twitter to say that the criticism against Ngidi shows why it is important to speak up against the social evil.

"The fact that some past players have an issue with @NgidiLungi stance on #blacklivesmatter movement is actually the reason why we are still here today saying black lives matter. #standupbrother we here with u," Sammy tweeted.

Earlier this week, Ngidi had said that the racism issue is "something that we need to take very seriously and like the rest of the world is doing, make the stand."

However, Ngidi's comments did not go down well with former South African cricketers Pat Symcox, Boeta Dippenaar and wicketkeeper Rudi Steyn, who slammed the 24-year-old for not speaking up against the attacks on white farmers in the country.

"I believe the Proteas should make a stand against racism, but if they stand up for 'Black Lives Matter' while ignoring the way white farmers are daily being 'slaughtered' like animals, they have lost my vote," wrote Steyn, who has played just three Tests and one ODI for South Africa.

While Dippenaar said: "I am afraid to say "Black Lives Matter" have become nothing more than leftist political movement."

Racism has become a topic of global debate following the death of African-American George Floyd at the hands of a white police officer in the USA.

Several cricketers, including West Indian stars like Michael Holding, Chris Gayle and Sammy, have opened up about their own experiences while voicing support to the 'Black Lives Matter' movement.