Kieron Pollard says he and his team West Indies feel strongly about the Black Lives Matter movement and will continue to do their bit to end racism. 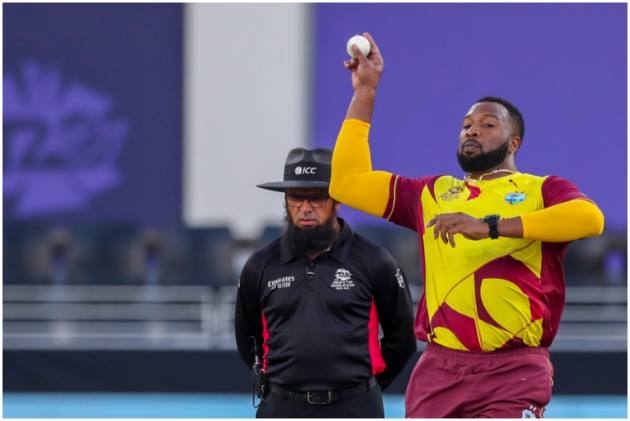 West Indies skipper Kieron Pollard said that the decision of South Africa wicketkeeper-batter Quinton de Kock to pull out of the T20 World Cup game after refusing to take the knee for the Black Lives Matter movement came as "news" to him. (More Cricket News)

In a shocking move, de Kock made himself unavailable for selection in South Africa's Group 1 Super-12 stage match against the West Indies in Dubai on Tuesday.

Pollard urged people not to speculate on the development. He added that he personally and as a team, West Indies feel "strongly" about the movement and will continue to do their bit to end racism.

The West Indies skipper's comments came after Cricket South Africa on Tuesday issued a directive to its players to take the knee in support of the BLM movement ahead of their match against the West Indies, a decision which did not go down well with De Kock, who in the past had expressed his reluctance to make the gesture.

"For me, personally, I don't know of any player who didn't want to take it (take the knee). I'm not aware of that. So this is sort of news to us or to me," Pollard said after suffering an eight-wicket loss to South Africa, their second consecutive in the Super 12 stage.

"You guys know our thoughts on this matter. It's something that we feel strongly about as a team and as people as well and we will continue to do it.

"Each and everyone has their own opinions on it, but as I've always said, once you're educated and you understand, we will understand why you are doing it, but I think education sort of is the key, and we don't want anyone doing it for us in solitude or to feel sorry for us."

Asked whether this development would affect his personal relationship with De Kock as both are Mumbai Indians teammates in the IPL, Pollard refused to "speculate" before getting into the truth of the matter.

"As I previously said, all I'm hearing is what has happened. I don't know the truth and fact of the actual matter.

"I can't just take that and have an answer or speculation in terms of relationship and all that. That's getting too deep at this present time," he said.

"Yes, he has been my teammate in Mumbai Indians, we have played cricket together. That's where the buck stops in terms of everything else. Everything else is speculation. Let's see what happens after. Let me have an opportunity to digest."

The defending champions slipped to the bottom of the Group 1 points table in Super 12 after suffering two successive losses.

"I thought we left about 20-25 runs out there when we batted, and that could have made a difference in terms of how we finished off," Pollard said.

"I also believe that my dismissal in the last over was crucial because we knew they had an over to makeup and I was banking on that," he said.

"We've put ourselves in a position where from a run rate perspective that's pretty low, and from a win percentage we haven't won any games. So we have to win the next three games," he concluded.