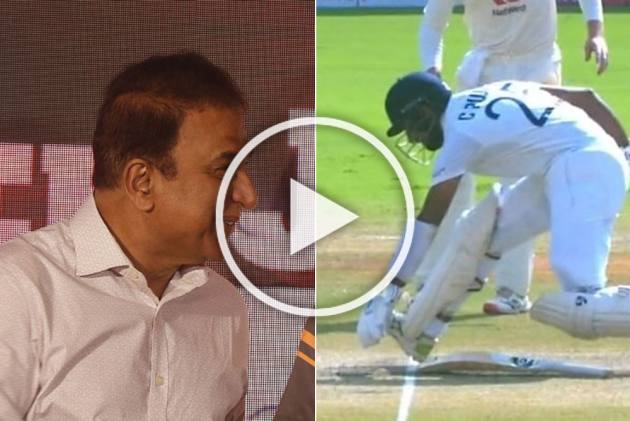 Batting great Sunil Gavaskar was at his sarcastic best on Monday even as India lost three wickets for just 11 runs against England in Chennai.

With pitch talk dominating the second Test at The Chepauk, former India captain took a dig at those who have questioned the surface. Sharing his views on the matter, Gavaskar said "Right time to blame the pitch, bat got stuck in the pitch. Now, it's even between bat and bowl".

And it came after Cheteshwar Pujara got out in a bizarre fashion. Pujara played the last ball of the 19th over to short leg, but Ollie Pope returned the ball to wicketkeeper Ben Foakes, who dislodged the bails in a jiffy. Pujara, who tried to get back, found his bat stuck and was run out.

India resumed on their overnight score of 54/1, but lost Pujara, Rohit Sharma and Rishabh Pant in a hurry with Foakes involved in all three dismissals. Rohit and Pant were stumped.

India have taken a lead of more than 250 runs after dismissing England for a paltry 134 in their first innings with Ravichandran Aswhin completing a five-wicket haul. India made 329 in the first
innings.