Neville was hired Monday as Inter Miami's coach, reuniting with Beckham — a co-owner of the MLS club. 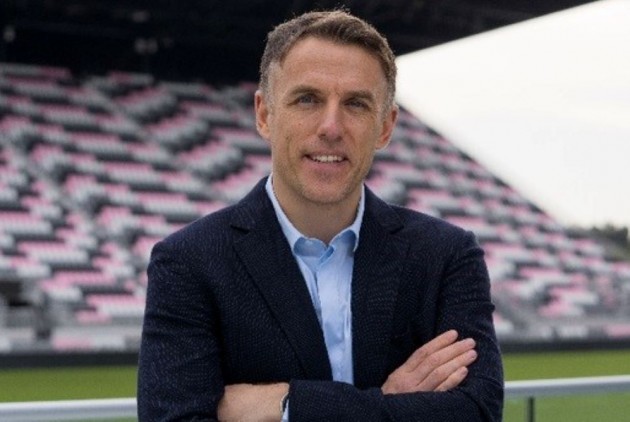 Neville was hired Monday as Inter Miami's coach, reuniting with Beckham — a co-owner of the MLS club. Neville was released from his contract as coach of England's women's national team earlier Monday in anticipation of the move, and hours later the deal with Inter Miami was announced.

"I have known Phil since we were both teenagers at the Manchester United Academy," Beckham said.

"We share a footballing DNA having been trained by some of the best leaders in the game, and it's those values that I have always wanted running through our club."

Beckham, part of Inter Miami's ownership group and someone who spent several years trying to get MLS back in South Florida before the team finally got on the field for the first time in 2020, has deep and longstanding ties with Neville.

They played 275 matches together and were teammates at Manchester United for more than a decade. They are also part of the ownership group for Salford City, a fourth-tier team in England.

"This is a very young club with a lot of promise and upside, and I am committed to challenging myself, my players and everyone around me to grow and build a competitive soccer culture we can all be proud of," Neville said.

He will formally start at Inter Miami once he gets a work visa.

Neville led England to the Women's World Cup semifinals in 2019 and had said he was planning to keep that job until after the rescheduled Tokyo Olympics. But when the Inter Miami job opened earlier this month — the team called it a mutual agreement to part ways with Diego Alonso — speculation rapidly intensified that Neville was on his way.

The hirings of Neville and Henderson are part of a major offseason makeover for Inter Miami following an inaugural season that resulted in a playoff berth but was still generally disappointing.

Henderson is returning to the Miami market. He played for the Miami Fusion, South Florida's first MLS team that folded after three seasons because of poor attendance, and called joining Beckham's club "an incredible opportunity."

He replaces Paul McDonough, who stepped down last month.

Alonso got Inter Miami to the MLS Cup playoffs in 2020, marking the seventh time an MLS newcomer reached the postseason.

But Inter Miami was routed by fellow expansion club Nashville in that playoff appearance, finished 10th in the Eastern Conference and wound up with 7 wins, 13 losses and 3 draws.

"I am very happy with the leadership group we have established to lead the team as we turn the page following our inaugural season and look forward to having Chris and Phil join us soon," Beckham said.