Juventus stare at the possibility of missing out on UEFA Champions League football next season. Cristiano Ronaldo and Co travel to Bologna in their must-win, final match of Serie A season. Here's everything you need to know 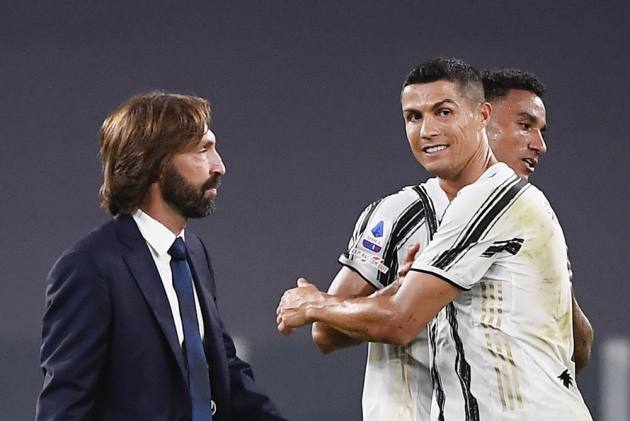 Cristiano Ronaldo's Juventus face an existential crisis, in the truest sense. Under new manager Andrea Pirlo, the nine-time defending champions not only lost Serie A title but also staring at possible failure to qualify for the UEFA Champions League. That's not all, the Old Lady also face Serie A exclusion for their European Super League association. (More Football News)

On the last day of the season, Juve need to beat Bologna and hope for favourable results elsewhere to qualify for the continent's elite competition next season. If not, they face the ignominy of playing in the Europa League.

As things stand now, they sit fifth with 75 points (+36 goal difference), behind champions Inter, already-qualified Atalanta, Milan (76, +31) and Napoli (76, +45). Their fight is against Milan and Napoli.

Here's how Bianconeri can qualify for UCL:

- A win against Bologna, coupled with a loss or draw for one or both of AC Milan (vs Atalanta) and Napoli (Verona).
- If all three teams finish on the same points (76 points - defeats for Milan and Napoli, and draw for Juventus), Milan and Napoli edge thanks to qualification rules -- Head-to-head records (results, then points).

Juventus beat AC Milan 3-1 in the first leg, but lost the return leg 0-3, making it 4-3 in favour of Rossoneri.

Juventus lost the first leg against Napoli 0-1, then won the return leg 2-1, making it 2-2. If they finish on the same points, the overall goal difference will come into play.

Bologna, in contrast, are playing for pride. They enter the match as the 12th-placed team, having garnered 41 points from 10 wins and 11 draws.