Tim Paine had sent multiple inappropriate messages to a co-worker at Cricket Tasmania in 2017 and admitted his mistake in a press conference. 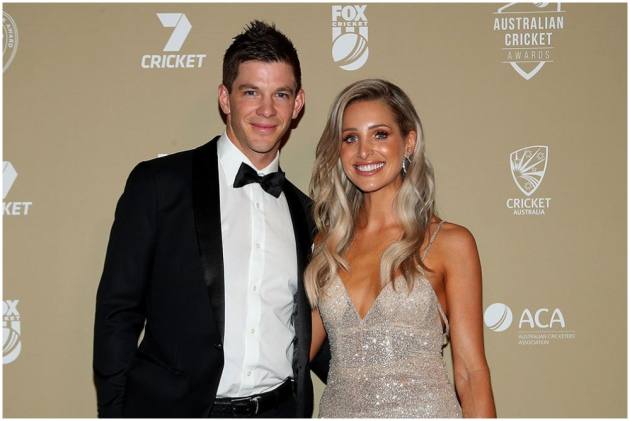 Tim Paine's wife Bonnie Maggs is "frustrated" that the 'sexting scandal' involving the cricketer came into the public domain recently, saying she has already forgiven her husband and it is injustice that the matter is still dragging on. (More Cricket News)

Paine on Friday quit Test captaincy after his four-year-old alleged lewd conversation with a then female colleague came to light recently.

Bonnie Maggs, who married Tim Paine in 2016 and has two children with him, said as a family they had "put the matter to bed" and moved on in life.

"I have had my time of getting angry, and venting, and to get upset, and we fought and we talked, and then we both decided to move on with life, and do it together," Bonnie said, while speaking to News Corp alongside her husband.

"I feel a bit frustrated that it's all been brought up and aired in the public when we'd put it to bed years ago. I have moved forward since then. I feel like there is a lot of injustice for it being dragged out again."

The Australia wicketkeeper-batter had sent multiple inappropriate messages to a co-worker at Cricket Tasmania in 2017 and admitted his mistake in a press conference.

Bonnie Maggs admitted that she was shocked after learning about the incident.

"I felt betrayed, and I felt hurt, upset, and I felt pissed off, I also had feelings of gratitude because he was being so honest with me," Bonnie said.