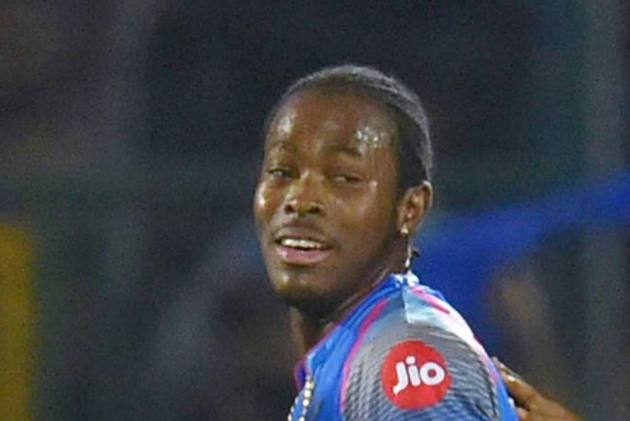 Star pacer Jofra Archer has got the green light to resume training later this week but the England and Wales Cricket Board (ECB) hasn't yet set a date regarding his comeback to competitive cricket. (More Cricket News)

However, his resumption of training would certainly lift the spirits of the Rajasthan Royals team which would desperately want him to be available at least during the back-end of the Indian Premier League.

The ECB Board on Tuesday stated that the pacer has recuperated sufficiently after a surgery on his right hand on March 29.

"England and Sussex bowler Jofra Archer has been given the all-clear by his hand Consultant to resume training after his right hand continues to heal following his operation on Monday 29 March," ECB stated in a media release.

"No decision has been made as yet on when Archer is due to return to playing," it also stated.

He is expected to bowl full tilt at the nets from next week.

"He will return to light training this week, working closely with the Sussex and England men's medical teams. It is hoped that he will be able to up his intensity with his bowling from next week," the ECB further stated.

ECB will provide a further update on his elbow injury once he returns to bowling to assess the effectiveness of his recent injection.

Archer suffered a cut to his hand while cleaning at his home in January shortly before flying to India to prepare for the Test series.

"The ECB's medical team managed the injury throughout the tour, and it did not impact his availability. A fragment of glass was removed during the operation to his middle finger on his right hand in March," the release said.

On the eve of their first match, Rajasthan Royals Director of Cricket Kumar Sangakkara had admitted that missing Archer was a "big blow" and only hoped that he will be "available at some point of time".

"Jofra is a very vital part of our make-up and not to have him is unfortunately the reality of it. We have to work around it and plan contingencies," Sangakkara had said.