Borussia Monchengladbach Coach Marco Rose: Manchester City Were 'Out Of Our League' 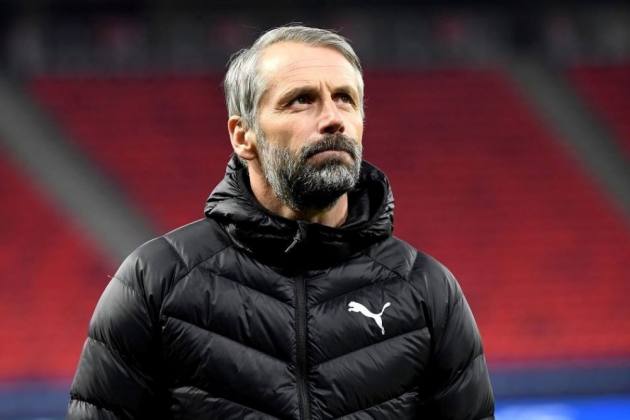 Manchester City accounted for Gladbach 2-0 on Tuesday to seal a 4-0 aggregate victory and Rose said they were simply outclassed by the runaway Premier League leaders.

The result was City's 24th win in their past 25 matches in all competitions, while they become only the third team in Champions League history to keep seven consecutive clean sheets.

City have conceded only once in eight Champions League matches this season which is the joint-fewest for any side after eight games in a single season in the competition, along with Ajax in 1995-96.

Kevin De Bruyne and Ilkay Gundogan netted goals inside the first 20 minutes to put the tie to bed early after their 2-0 first-leg win.

"In summary, Manchester City, the way they were today and two weeks ago, are out of our league. That is clear," Rose said.

"We set ourselves a lot of goals today. We developed an idea of how to win the ball, how to put pressure on the ball and then you're on the pitch and they start playing.

24 - Manchester City have won 24 of their last 25 matches in all competitions (L1). Since a 1-1 draw with West Brom on December 15th, City’s 24 wins are at least seven more than any other side has managed in all competitions in the top-five European leagues. Force. pic.twitter.com/HToxNv6pV8

"We had some good moments in the first three minutes. Then their first shot goes right into the top corner. Then we concede the second goal.

"After that, City's quality started to show through more and more. It's incredible the calmness and clarity with which they keep finding solutions and reacting to situations.

"It's difficult. You almost lose access to the game. We also had periods when we had the ball, a few good opportunities and more shots.

"But overall, of course, it's very clear and distinct. You can only congratulate them and you have to acknowledge that."

Gladbach are back in Bundesliga action on Saturday against bottom club Schalke.

100 - Manchester City have scored 100 goals in each of the last eight seasons - only Manchester United (nine seasons between 2004-05 and 2012-13) have had a longer run of consecutive 100+ goal seasons among English top-flight teams. Ascendancy. pic.twitter.com/ngaDgvDFPG