Dominic Solanke scored his first Premier League goals for Bournemouth in his 39th outing for the Cherries, who beat Leicester City 4-1. 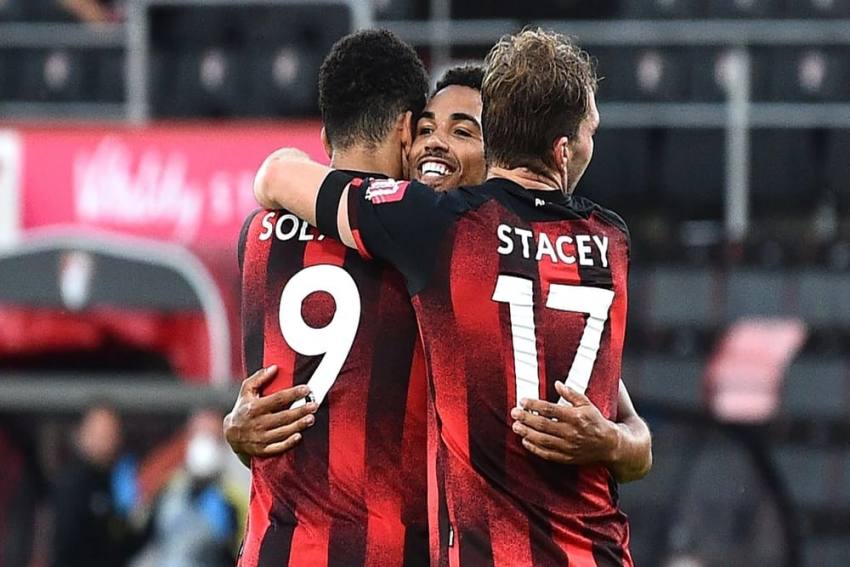 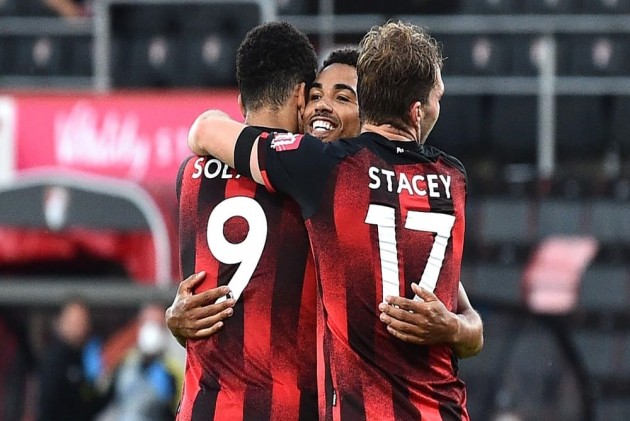 Bournemouth injected hope into their Premier League survival push with a remarkable 4-1 comeback win over 10-man Leicester City on Sunday.

Leicester looked on course for only a second league win since last month's resumption after Jamie Vardy's 23rd-minute opener, but they capitulated in the second half.

A Kasper Schmeichel error just past the hour led to Wilfred Ndidi conceding a penalty, which Junior Stanislas converted, and 101 seconds later Dominic Solanke ended a 39-match wait for a first top-flight goal for the club. Caglar Soyuncu received a straight red in the aftermath due to an altercation with Callum Wilson.

A Jonny Evans own goal in the 83rd minute effectively secured the win, before Solanke's second rounded it off – the victory moving Bournemouth back to within three points of safety ahead of their final three games, while Leicester will slip to fifth if Manchester United beat Southampton on Monday.