Boxer Mandeep Jangra Signs Up With Pro Box Promotions, To Make His Debut On May 1 In Florida

The South Asian Games gold-medallist was last seen in action in the Indian Boxing League's 2019 edition. 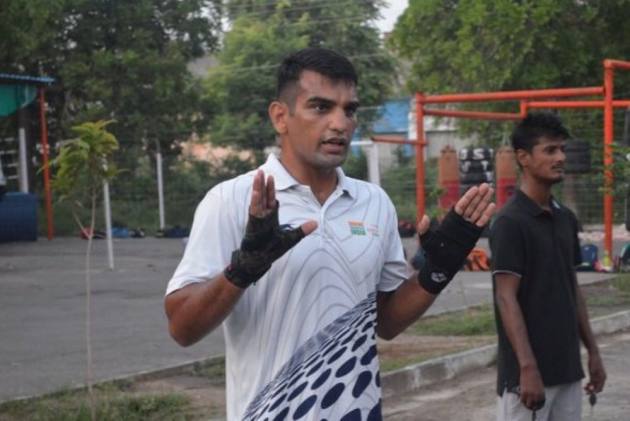 Glasgow Commonwealth Games silver-medallist Mandeep Jangra has signed up with Florida-based Pro Box Promotions and will be making his debut on May 1 against a yet-to-be-decided opponent in Tampa, Florida. (More Sports News)

The 27-year-old, who is also a silver medallist from the 2013 Asian Championships, was supposed to fight on March 19 in a super welterweight (69kg) bout but that has been put off for now as he will continue to train for his debut in May.

"I am delighted to have signed with Pro Box Promotions and Garry Jonas. Garry has guided world champions such as Juan Carlos Payano and Argenis Mendez, so I am very excited to follow in their path and become a world champion for the people of India," Jangra said in a release.

"I grew up watching Mike Tyson, and Garry was a long-term business partner of Mike Tyson, so it is a dream to work with someone who did great things with one of my heroes Mike Tyson.

"I am looking forward to fighting on May 1 in Tampa, Florida, in what will be a top-quality night of entertainment. I am all about bringing entertainment to all of the sporting worlds."

The South Asian Games gold-medallist was last seen in action in the Indian Boxing League's 2019 edition.

"I was due to fight this week in Tampa, however, my promoter thought it was better for me to continue to train hard and box on a bigger show that will be available to viewers in India. So the team decided that was the best decision right now," Jangra said.

"I am already getting into the best shape of my career with my coaches Marc Farrait and Asa Beard and I believe this is the team that has the correct global experience that can turn me into star-like Amir Khan."

Jangra, who was mentored by 2010 CWG gold-medallist Akhil Kumar early in his career, has been troubled by injuries. He had underwent a surgery for a left hand injury in 2016, a setback that came while his career was on the upswing.