A 93rd-minute goal secured more FIFA U-17 World Cup glory for Brazil on Sunday. The victory added to Brazil's successes in 1997, 1999 and 2003 as they moved within one of Nigeria's record of five championships. 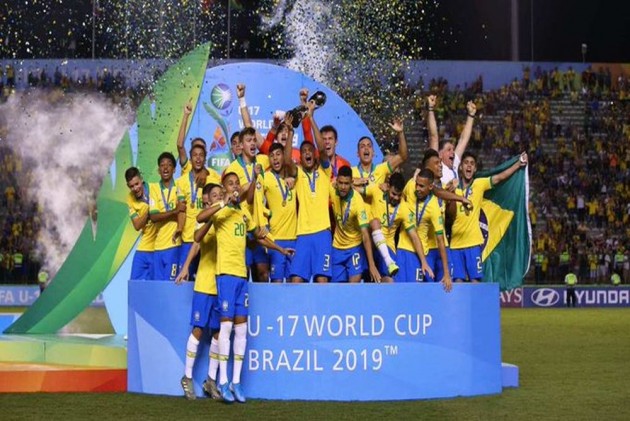 Mexico – winners of the showpiece tournament in 2005 and 2011 – looked on track to add a third title to their collection when Bryan Alonso Gonzalez Olivan headed home the opener in the 66th minute.

But Brazil, playing in front of legends Ronaldo and Cafu, rallied courtesy of Kaio Jorge's penalty with six minutes of regulation remaining.

The victory added to Brazil's successes in 1997, 1999 and 2003 as they moved within one of Nigeria's record of five championships.