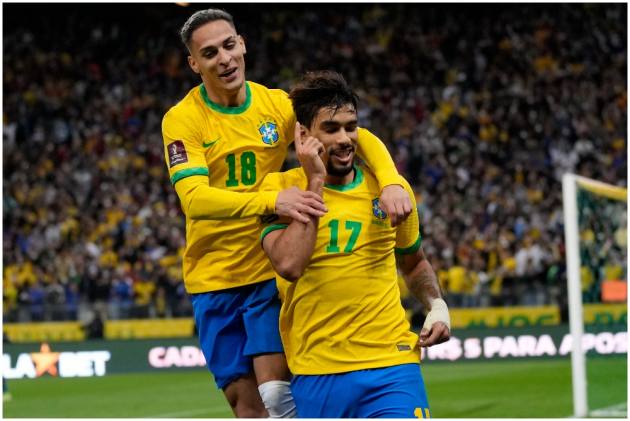 Brazil became the first South American team to qualify for the 2022 FIFA World Cup in Qatar — with several matches in hand and more than a year before the tournament begins. (More Football News)

Lucas Paqueta scored Brazil’s only goal in the 72nd minute in a 1-0 win over Colombia, putting the Seleçao 18 points ahead of fourth-place Chile, which can add only 15 points from its five remaining matches.

Sixth-place Uruguay can still total Brazil’s 34 points, but it will face Chile in the last round of qualifying, which makes it mathematically impossible for both of them to overtake the leader. The top four teams in South America earn direct entry to the World Cup.

Also on Thursday, third-place, Ecuador beat last-place Venezuela 1-0 with a goal by Piero Hincapie and Chile had a key 1-0 victory at Paraguay thanks to an own goal by Antony Silva after a corner kick. Peru and Bolivia will face off later Thursday. Uruguay will host Argentina on Friday.

Brazil have 11 wins in 12 matches — its match with second-place Argentina in September was bizarrely suspended after seven minutes of play because of concerns from authorities over breaches of COVID-19 protocols. FIFA has not yet decided whether it will be replayed.