The women carried a banner reading 'No to harassment' before their friendly against Russia on Friday. Brazil won 3-0. 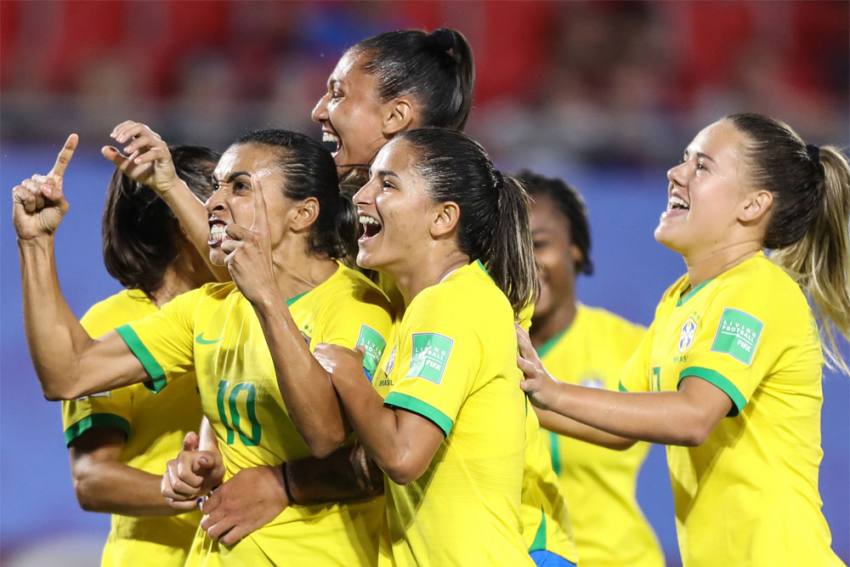 Players from Brazil's women's team protested against sexual harassment, days after the president of the national federation was suspended for allegations of the same thing. (More Football  News)

Rogério Caboclo was formally accused a week ago before the ethics committee of the Brazilian Football Confederation. A former staffer provided recordings of conversations and text messages. Caboclo denies any wrongdoing.

Brazil players including superstar Marta on Friday used their social media channels to protest, but didn't name Caboclo, who is not expected to return to his position after the 30-day suspension.

“Every day thousands of people are affected and disrespected by moral and sexual harassment, especially us women,” the text says.

“Saying no to harassment goes beyond words, it is about action. We stimulate women and men to call it out!”

The women carried a banner reading “No to harassment” before their friendly against Russia on Friday. Brazil won 3-0.

Marta said after the friendly in Spain that all players and members of the coaching staff made the decision to speak out.

“We are not prejudging (Caboclo), but the facts are there to be investigated,” 35-year-old said.

“We needed to show our position.”

Their coach Pia Sundhage described the accusation against Caboclo as very serious. She spoke on Thursday amid the Brazil women's team's preparations in Spain for the Tokyo Olympics.

"We spoke with the athletes, informed them of what was going on, and all had the opportunity to speak about it. Each one of us must have responsibility in what we answer," Sundhage said.

“We were a bit overwhelmed by all of that situation, but now it is important to turn our focus to the pitch again.”

Brazil's men's national team players did not talk about Caboclo's suspension. Coach Tite said Tuesday it is not for him to discuss what happened to the soccer executive. He spoke after the team's 2-0 win at Paraguay in a match of World Cup qualifiers.