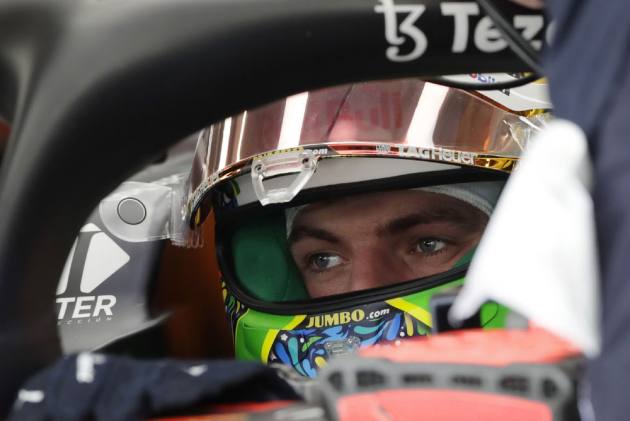 Red Bull driver Max Verstappen is being investigated by stewards at the Formula One Brazilian Grand Prix on Saturday for an alleged breach of the sporting code. (More Sports News)

A video recorded by a fan at the Interlagos stands on Friday evening went viral on social media as it showed the leader of the drivers' championship touching the rear wing of Mercedes rival Lewis Hamilton in parc ferme — a secured area for cars at the track.

Article 2.5.1 of the sporting code states that "no operation, checking, tuning or repair is allowed" in the secure area once the cars have stopped after qualifying, unless authorised by officials.

Verstappen is expected to talk to stewards shortly. The Dutchman leads Hamilton by 19 points in the standings with four races left this season.

Organizers will also announce whether the DRS system in Hamilton's car violated regulations during qualifying. A decision is expected by noon Brazil time, before the second practice session.

Hamilton beat Verstappen in qualifying to take pole position for Saturday's sprint race in Sao Paulo, pending the decision on a potential penalty. However, an engine change he made means the British driver will take a five-place grid penalty on Sunday anyway.

The Brazilian GP will be the third event of the season with a qualifying sprint race on Saturday to determine Sunday's grid. The two previous sprint races were held at Silverstone and Monza.

Seven-time Formula One champion Hamilton was more than 0.4 seconds ahead of Verstappen on Friday, and also set the fastest time in the morning practice session.