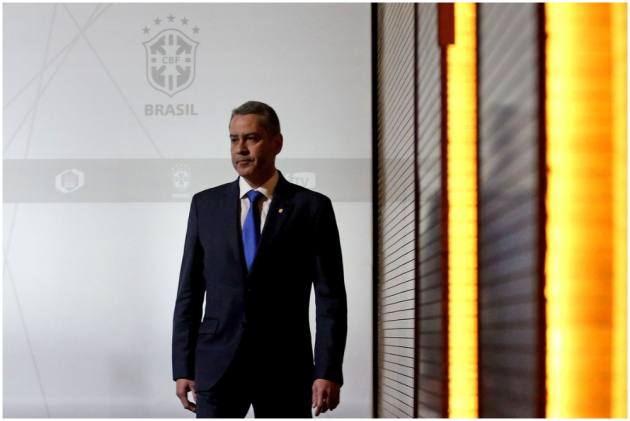 The president of the Brazilian football confederation, Rogerio Caboclo, was suspended for 21 months on Wednesday as a sexual harassment case against him proceeds. The body’s general assembly voted 27-0 to keep Caboclo out until one month before his term ends in March 2023. (More Football News)

The 48-year-old Caboclo, whose term began in 2019, was first suspended by the confederation’s ethics committee in June after a former secretary formally made accusations against him. That decision was extended until the general assembly’s vote.

Caboclo is also under investigation by Rio de Janeiro state prosecutors. After the first case became public, two other women said they had been sexually harassed by the executive. One of Caboclo’s deputies, Ednaldo Rodrigues, took over Caboclo’s duties.

“All the 27 voters who head state federations had access to the whole content of the case against Caboclo,” Rodrigues said after the decision. “Those who had doubts on how to vote were fully convinced that the crime of harassment took place. Every violence must be tackled, especially against women. This can no longer happen in our house.”

Caboclo only needed the support of seven voters to return to his job.

Meanwhile, Caboclo denied any wrongdoing. His last major task while the president was to persuade Brazilian President Jair Bolsonaro to controversially hold the Copa America 2021 in Brazil after the tournament was pulled from Colombia and Argentina.