Marcus Rashford, Jadon Sancho and Bukayo Saka endured a barrage of abuse after they missed penalties in England's shootout defeat at London's Wembley Stadium on July 11. 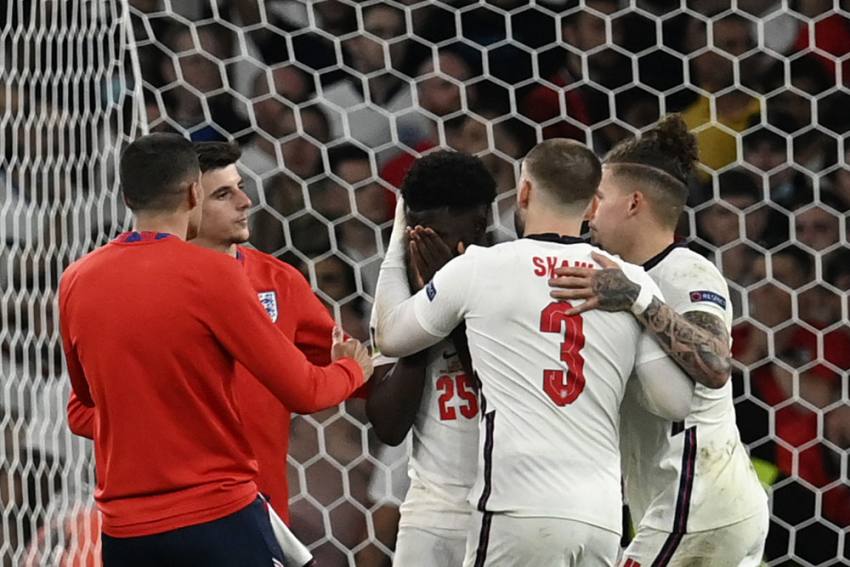 British police said Thursday they have made 11 arrests in connection with the online racial abuse of England soccer players following their team's loss to Italy in the final of the European Championship last month. (More Football News)

Marcus Rashford, Jadon Sancho and Bukayo Saka endured a barrage of abuse after they missed penalties in England's shootout defeat at London's Wembley Stadium on July 11.

The U.K. Football Policing Unit said it has requested data from social media companies to advance its investigation and has passed on information to local police forces, which so far have arrested 11 people on suspicion of a number of offences, including malicious communications.

"There are people out there who believe they can hide behind a social media profile and get away with posting such abhorrent comments," Cheshire Chief Constable Mark Roberts, who leads soccer policing for the National Police Chiefs’ Council, said. “They need to think again."

The unit said that of the 207 criminal social media posts identified, 123 accounts belong to individuals outside the U.K. and their details are being shared with the relevant countries. It added that it is waiting for information on the remaining 50 account holders.

Roberts said the Football Policing Unit is “seeking engagement” with the players themselves to offer support and to seek their input on the investigation and any subsequent prosecutions.

The three Black players targeted were part of a young England squad that has been widely praised for its diversity and social conscience. Rashford, for one, has been at the forefront of a campaign against child poverty that convinced the British government to restore free lunches for thousands of poor children amid the coronavirus pandemic.

Those arrested so far range in age from 18 to 63. They have all either been released while under further investigation or posted bail with orders to return to court at a later date.

The abuse was widely condemned. Prince William, the president of the English Football Association, said he was “sickened” by the racism aimed at the England players. (AP)