The NBA slapped a fine on Durant after Michael Rapoport revealed expletive-laden and offensive messages on social media. 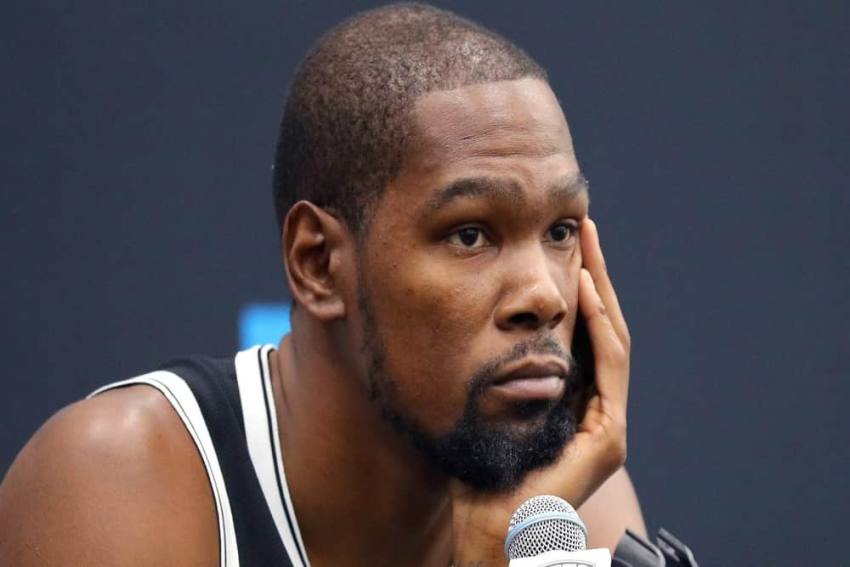 Kevin Durant has been fined $50,000 for using "offensive and derogatory language on social media" in his recent exchange with actor Michael Rapoport.(More Sports News)

The sanction was announced by the NBA in a statement on Friday with the 32-year-old Brooklyn Nets forward acknowledging his actions were inappropriate.

Earlier in the week, Rapoport revealed expletive-laden private messages that Durant had sent him which included threatening language, as well as anti-gay and misogynistic slurs.

"I'm sorry that people [have] seen that language I used," said Durant, who is currently sidelined with a hamstring injury.

"That's not really what I want people to see and hear from me, but hopefully I can move past it and get back out there on the floor."

Nets coach Steve Nash said he had spoken to Durant about the exchange and that the former Golden State Warriors man was apologetic.

Rapoport revealed the direct messages which were sent by Durant on Instagram after the actor had criticized his post-game conduct in an interview.

"I receive threats and disgusting messages DAILY, but never in my wildest dreams did I think @KDTrey5 (Durant) would be among them," Rapaport wrote in a Twitter post with screenshots of the exchange.

"The Snake himself is now threatening me, bringing up my wife and wants to fight."