Bukayo Saka, the birthday boy, headed in the final goal in a 4-0 World Cup qualifying win over Andorra on Sunday 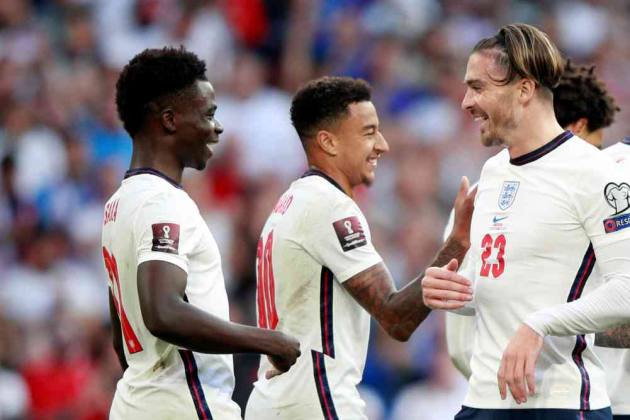 The cheers of the Wembley crowd made clear the affection for Bukayo Saka the moment the England lineup was announced. (More Football News)

There were even louder roars to come when the birthday boy headed in the final goal in a 4-0 World Cup qualifying win over Andorra on Sunday.

“It really made a difference for me,” the 20-year-old Saka said.

“I could hear so many fans cheering my name.”

How different from 56 days earlier when England last played at Wembley. When Saka missed England's last penalty in the European Championship final shootout loss to Italy. When the youngster was targeted with a torrent of racist abuse on social media, leading to police investigations and arrests.

Saka was showered with love when he arrived back from his summer break to Arsenal to find a wall covered in messages of support at the training ground.

It was returning to Wembley that allowed Saka to see the warmth from true England fans after that abhorrent abuse that social media companies were slow to remove.

“I'm really happy with the reception everyone gave me,” Saka said.

“It really showed how proud they are of me. I think that meant a lot for me and it made me really want to give my all.”

That was clear to England manager Gareth Southgate.

“I hope closure, if it was needed,” he said.

“You can see how popular he is with the rest of the team."

Saka's impact was apparent early on with a cross setting up Jesse Lingard to score England's only goal of the first half against the footballing minnows from the Pyrenees.

Lingard doubled his tally for the evening by scoring the third for the hosts, finishing from the edge of the box with Andorra goalkeeper Josep Gomes only able to get a hand to his low shot.

England's second in the 72nd minute saw captain Harry Kane net his 40th international goal from a penalty after Mason Mount was bundled over.

After Lingard scored his second, it was Saka who had the final say. He left Southgate beaming as he nodded in from Trent Alexander-Arnold's cross in the 85th minute.

It set off the most thunderous celebrations of the evening from fans.

“It makes me believe they support me through thick and thin," Saka said.

England has a five-point lead in Group I over Wednesday's next opponent, Poland, which routed San Marino 7-1. Robert Lewandowski scored twice in the opening 21 minutes. There was also a hat trick from Adam Buksa, with two of his goals coming at the end in stoppage time.

San Marino did score its first goal in the group after five matches but it was already losing 4-0 at the time and the team remains in last place with zero points.

Albania had a 1-0 win over Hungary to go third, a point behind Poland.

Only the top team automatically qualifies for the tournament in Qatar in November 2022 with the group runners-up having to go through playoffs. (AP)