This was Cologne's third win in Bundesliga under new coach Steffen Baumgart. It also stretched their unbeaten run to five games since a 3-2 loss at Bayern Munich. 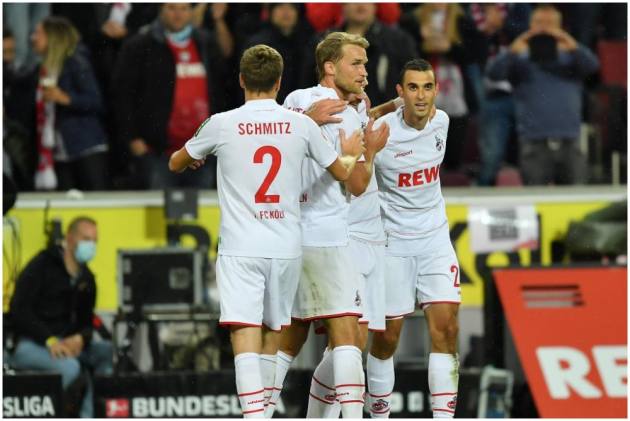 Cologne’s strong start to the Bundesliga under new coach Steffen Baumgart continued with a 3-1 come-from-behind win over promoted Greuther Furth. Skhiri Ellyes scored two to decide the game and give Cologne its third win of the season. It also stretched its unbeaten run to five games since a 3-2 loss at Bayern Munich. (More Football News)

Some 40,000 fans were allowed at Cologne’s Müngersdorfer Stadium under new relaxed coronavirus restrictions, and they sang loudly and passionately before, during and after the game.

But Furth’s Marco Meyerhofer dampened the exuberant mood somewhat with the opening goal in the seventh minute, when he fired the ball through Cologne goalkeeper Timo Horn’s legs after Timothy Tillman played him in.

Tillman was making his first league start for Furth in place of Julian Green, who dropped to the substitutes. Tillman had another good chance from a similar position in the 20th as the Cologne defense again went for a wander out of position.

Jeremy Dudziak hit the post for Fürth in the 32nd, then did it again with the rebound from a difficult angle. Cologne’s best chance of the half fell to Anthony Modeste, who tested Marius Funk before the break. Funk was making his Bundesliga debut in Fürth’s goal after replacing the dropped Sascha Burchert.

Baumgart’s halftime talk evidently had the desired effect as Cologne emerged transformed for the second half. Sebastian Andersson equalized in the 50th and Ellyes made it 2-1 five minutes later. He finally sealed the result in the 89th.

Cologne climbed to sixth ahead of the rest of the seventh round, while Fürth will remain last with just one point from its opening seven games.