The 33-year-old former Germany midfielder was joining the club from Juventus, Hertha said on the last day of the winter transfer period. 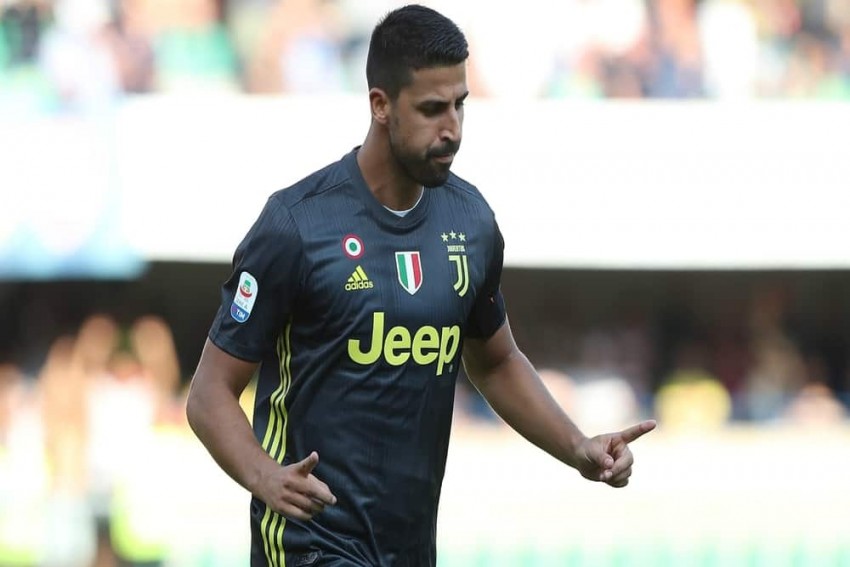 Hertha Berlin brought Sami Khedira back to the Bundesliga after 10 1/2 seasons away, hopeful the World Cup winner will help lead the ambitious club to bigger and better things. (More Football News)

The 33-year-old former Germany midfielder was joining the club from Juventus, Hertha said on the last day of the winter transfer period.

Hertha did not give the length of Khedira's contract nor any other financial details of the deal.

Also, Schalke signed former Germany defender Shkodran Mustafi from Arsenal to cover the departure of 20-year-old center back Ozan Kabak on loan to Liverpool. Schalke said Liverpool had an option to buy for a fixed amount.

"From an economic point of view, the transfer of Ozan Kabak makes a lot of sense for Schalke, especially considering the effects of the coronavirus pandemic," Schalke sporting director Jochen Schneider said.

"We are convinced that in Shkodran Mustafi we have been able to sign a very good central defender who will fill the sporting void that Ozan will undoubtedly leave behind."

Mustafi joined Arsenal for 35 million pounds from Valencia in 2016 but was never a regular after coach Arsene Wenger's departure in 2018.

By the end of his spell in London, the 28-year-old Mustafi was regarded as an error-prone player who didn't fit with Arsenal's new approach under Mikel Arteta of defenders playing the ball out from the back.

Mustafi, who left Germany to join Everton in 2009 followed by spells at Sampdoria and Valencia, will make his Bundesliga debut at the bottom for a team with the worst defense in the league. Schalke has conceded 49 goals and has won just one of its 19 games.

Khedira, a teammate of Mustafi's when they won the World Cup with Germany in 2014, also reportedly had offers from England, but he joined big-spending Hertha despite its struggles in the Bundesliga. Only goal difference was keeping Hertha out of the relegation zone after 19 rounds.

"I know his leadership qualities and so am very happy that we now have him under contract at Hertha," said the club's new sporting director, Arne Friedrich, who played with Khedira for Germany at the 2010 World Cup.

Friedrich took over his current position only just over a week ago when Hertha fired its longstanding general manager Michael Preetz.

Hertha was targeting European qualification in its second season since investor Lars Windhorst started backing the club in June 2019. The financier has pledged 374 million euros ($450 million) to Hertha altogether, but a host of signings have failed to make their mark.

Khedira rose to prominence at Stuttgart, winning a Bundesliga title in 2007, then joined Real Madrid in 2010. He spent five seasons at the Spanish giant and joined Juventus in 2015.

Khedira has barely played in over a year, however. His last competitive appearance for Juventus was last June 12 in a cup tie against Milan. His previous appearance was in November 2019.

Recurrent injuries and an operation for a heart issue in February 2019 didn't help. Altogether, Khedira played 99 league games for Juventus. He played 102 for Real Madrid.

"I feel very good physically and would like to use the experience gained in recent years to help the team and lead Hertha BSC to greater sporting success," said Khedira, who could make his Hertha debut against Bayern Munich on Friday.

Hertha also signed Serbian winger Nemanja Radonjic on loan with an option to buy from Marseille. The 24-year-old Radonjic scored seven times in 50 French league games since switching in 2018 from Red Star Belgrade.

The 21-year-old Richards knows Hoffenheim coach Sebastian Hoeneß from their time together at Bayern's reserve team.